The legendary New York Plaza Hotel will be bought for 600 million dollars (500 million euros), has just indicated one of the Dubai-based buyers who plans to make it a « global brand ».

Located on 5th Avenue, the Plaza Hotel, which has existed for over 100 years, appears in over 30 Hollywood films.

Shahal Khan, whose White City Ventures is headquartered in Dubai, said he partnered with New York-based investor Kamran Hakim to buy the facility. The transaction is expected to close on June 25. The current owners of the hotel include the Saudi prince and billionaire Al-Walid Ben Talal (photo) who was held for nearly three months in the Ritz-Carlton Hotel in Riyadh as part of a wave of arrests designed, according to the Saudi authorities, to fight corruption.

The Plaza, once owned by US President Donald Trump, is currently managed by the French group Accor.

« The Plaza is unique but no one has ever made it a global brand, » said Shahal Khan.

« I am now looking for a place, maybe China, maybe a place in Europe, but I think it would also be nice to do the only other Plaza in Abu Dhabi or Dubai, » he explained. « I have plans to open a Plaza in the United Arab Emirates by 2020« , added the businessman very present in Pakistan and for whom »Dubai is more of a hub than London« .

Located on intercontinental routes, Dubai airport is the busiest in the world in terms of international passengers with 88.2 million passengers in 2017.

Abu Dhabi has been home to the Louvre Abu Dhabi Museum since last November, which describes itself as »first universal museum in the Arab world« . 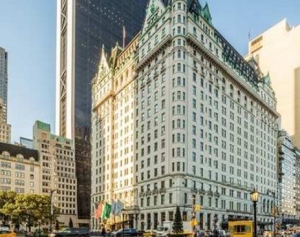