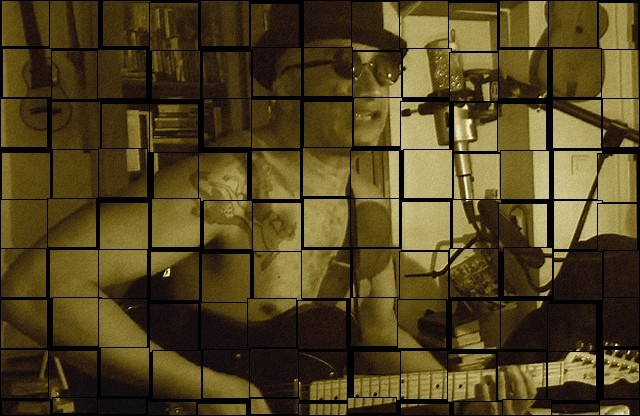 At home in his living room, Viktor Philip has hung a picture of Gene Vincent and the blue caps, one of his major influences that he also cites along with Mudy Waters, Sun House and Eddie Cochran. With an eclecticism that never fails, we find in his inventory, in the same line, Thelonious Monk, The Cramps, The Velvet, Restless, Burning Spears, Clash, Tupac and Brian Setzer !

What kind of singer are you?

My life is not at all like my music, it’s complicated, tangled. Nothing is simple, simplicity would kill me anyway. I’m an Aquarian, every time things get simple, I have to complicate them. But I adapt and still enjoy making music. I try to be a man and a musician who simply tries not to miss anything around him, even if it means shocking sometimes. It’s by listening and watching others that you evolve.

Your songs are pretty good. How do you write them?

I’m quite happy, yes, but I have so many things to say. So many styles to tackle.
I love to work on the guitar, the organ or the Fender bass.
I love Dolly Parton as much as Ornette Coleman! I play what I like, always have.
I am ambitious. I love movies, cinema. I have tons of DVDs at home. I would love to write music for the 7th art!

How do you analyse the current period in terms of music ?

The tastes of the public have changed. We don’t hear much rock music nowadays. Especially in France. Rap has grown in stature, but it has largely evolved and become more watered down over time.
I have nothing to lose, I’m a bon vivant with Romanian tendencies. I find myself extraordinarily fit after everything I’ve been through so far.
My capacity for wonder is still intact.
A week ago I pulled out the first Jimi Hendrix album and when I heard « the wind cries Mary » I cried. There are a lot of artists, but very few who transcend time like him.

What do you think is wrong with today’s music?

99% of today’s records won’t stand the test of time! Everyone is coming out with very calculated moves made to hit the jackpot as fast as possible. Mind you, I’m not criticising, but this music is on a par with the fast food you eat in the street between meetings. It can’t compare with a good dinner …

How do you create your music ?

I want to make good records. With good songs. I want to go back to short, effective formats. I belong to a generation that is not afraid of technique. I grew up with it through electric guitars; and it seems normal to me, like a natural extension, to use the possibilities offered by computers and drum machines;
I feel as much the son of Lennon and McCartney or Depeche Mode, as of Brams, Stevie Wonder, Chuck Berry or Duke Ellington… I have no barriers. 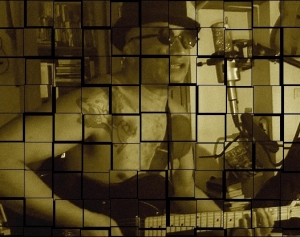