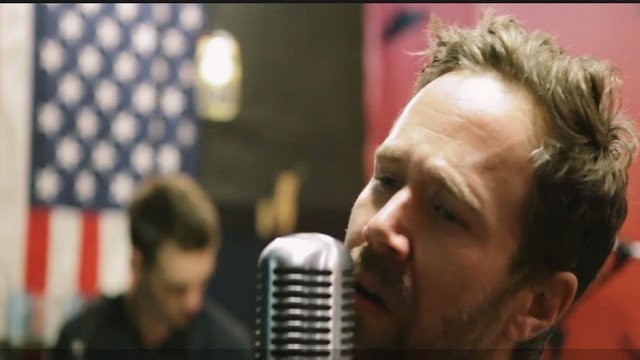 Rock, Motown, blues and more: the United States is an undeniable musical destination. From the sunny city of Miami to New Orleans street parties, bluegrass and bourbon to Owensboro, Kentucky, where people live and breathe to the beat of good music.

As home to the famous South by Southwest Music and Film Festival and Austin City Limits, one of the most popular music festivals in the world, it is not surprising that Austin offers some of the most trendy musical experiences in the United States. On a trip to Austin, music lovers will be able to visit some of the city’s 270 must-see places, including the Continental Club, which has been rocking the city for 60 years now. 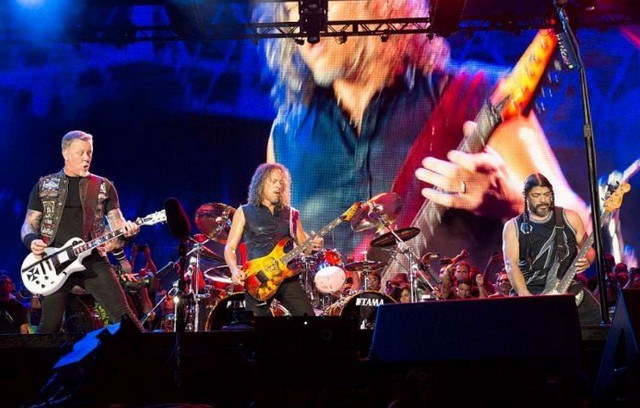 It is here that the local legends of the honky tonk, Dale Watson and his « Lone Stars » perform every Monday night. You can attend simply by taking a ticket at the entrance.

Along the Colorado River, visitors can stop to take a picture of the statue of blues guitar legend Stevie Ray Vaughan, or go to Ginny’s Little Longhorn Saloon for a live honky tonk and enjoy an iced beer. Further afield, The White Horse neighbourhood bar is a meeting place where residents gladly help travellers master their Texas rhythm with free dance lessons and live music. www.austintexas.org 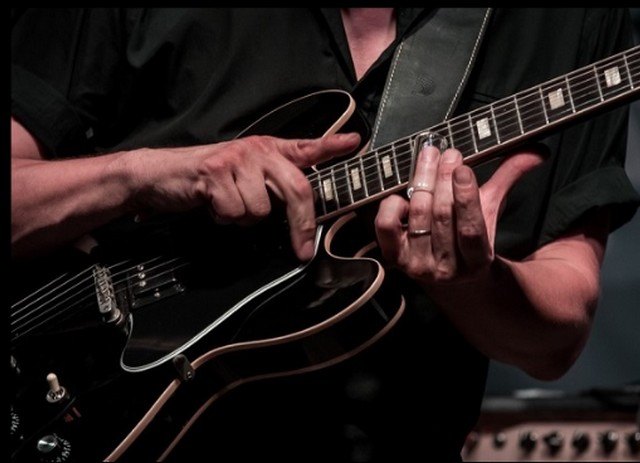 Cradle of modern blues, from concert halls to museums, Chicago has so much to offer music lovers. The Chicago Blues Experience, which is expected to open in 2020, will take visitors on a journey of discovery of pioneering artists who have influenced the blues with a series of interactive displays and memories. Visitors will also be able to visit the city’s blues clubs. The Chicago Blues is a style of music that originated from the migration of African-Americans from the South to the Midwest.

At Blue Chicago, visitors can visit 7 nights a week, while at Buddy Guy’s Legends, a festive and lively bar, local and international artists perform in front of blues fans. During the day, head to Bronzeville Echoes: Faces and Places of Chicago’s African American Music, an exhibition that explores Chicago’s musical heritage through ragtime, jazz and blues until July 28, 2019. www.choosechicago.com

Detroit claims two types of music. First: Motown. This year marks the 60th anniversary of the founding of Motown Records, which now houses the Motown Museum. For all fans of mythical bands such as The Temptations, Diana Ross or The Supremes, walking among the iconic accessories and souvenirs is a fascinating journey that explores the growing popularity of this music and the stars it has generated. 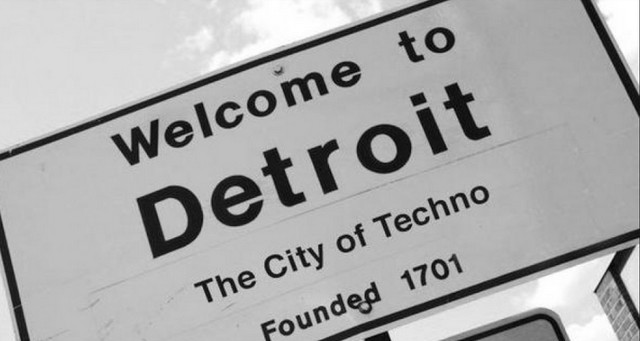 Motor City was also the cradle of techno.
The Movement Festival, which takes place on the weekend of Memorial Day from May 25 to 27, 2019, is the best opportunity to listen to it! For a perfect mix of music and architecture, it is difficult to do better than a concert at The Masonic, the world’s largest Masonic temple. www.visitdetroit.com

With the slogan « City of Soul », it is not surprising that Jackson, Mississippi, is one of the most popular American destinations for music. 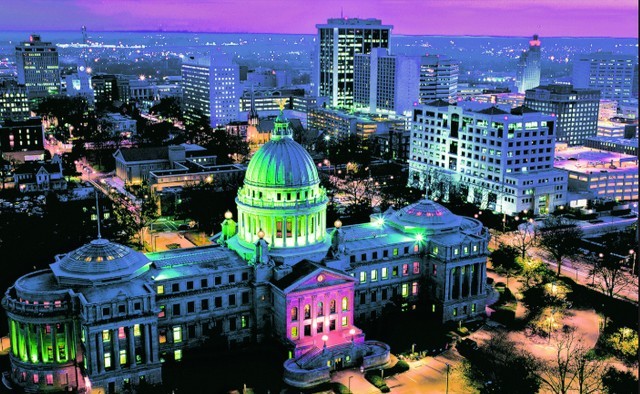 The inhabitants of the city love live music. Visitors can visit the Frank Jones Club, where blues is played until 4 a.m. every Friday and Saturday (snacks are served all evening). For a blues-inspired road trip, head for the Blue Front Cafe in Bentoni.

At its peak, it was famous for bison, blues and moonshine whisky – today, this run-down place is a great place to listen to authentic blues. Back in town, the Fondren district is ideal for discovering the music of up-and-coming artists or for visiting independent shops, cafés and bars. www.visitjackson.com

Regardless of musical tastes, all visitors will be delighted in Las Vegas. Whether they prefer Celine Dion, performing her hits at Caesar Palace, on the Las Vegas Strip, or whether they are fans of the world’s greatest DJs, like Calvin Harris and David Guetta, who perform all day at pool parties! 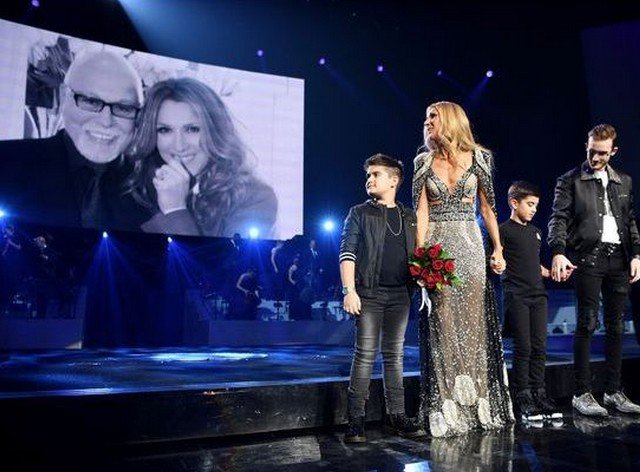 Beyond the big lights and hotels, downtown Las Vegas is home to some of America’s hottest places to listen to rock, such as the Double Down Saloon, a neighbourhood bar popular with rock and punk fans, or the Beauty Bar, where the famous Las Vegas-based group Imagine Dragons made its debut.

For those who want to learn more about the rich and glamorous history of the Las Vegas of the 1950s, where Frank Sinatra and Dean Martin performed, they should head to the legendary Golden Steer Steakhouse restaurant or the Tropicana, where The Rat Pack loved to spend time. www.visitlasvegas.com

Miami has all the essential elements for a vibrant and sunny American break – but beyond the beaches, it’s a city with an incredible Latin music scene, where salsa and samba dance all night long. 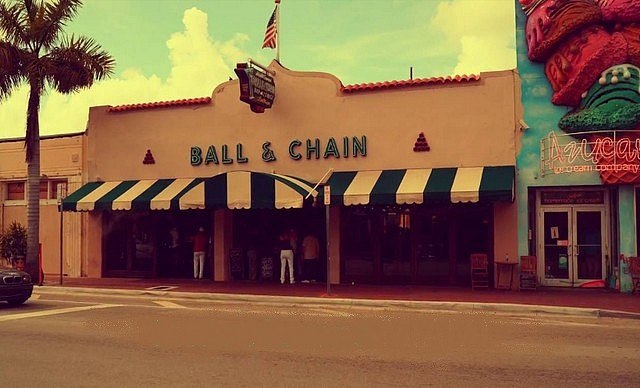 Visitors are strongly advised to visit the Ball & Chain in Little Havana, a former music hall where Count Basie and Billie Holiday performed at the height of the golden age of the 1950s. Today, it is a sophisticated space where delicious mojitos are served to salsa music and jazz played by Latin DJs.

Near Hoy Como Ayer, travellers can listen to different styles: from soul singers to musical groups, always with lots of salsas and rumbas rhythms. To further enjoy Miami music, Funk Latin is a must, open every Thursday evening until the early morning. Finally, Churchill’s Pub will delight rock fans.

The place holds the world record for the highest number of performances within the same place! www.miamiandbeaches.fr

Crazy rock bars and friendly locals are the backdrop to Minneapolis, Minnesota’s capital. Although there are many places to enchant music lovers during a long weekend in the city – from the Cedar Cultural Centre to the Cabooze – no visit there can be completed without following the trail of the Minneapolis king: Prince. A visit to the artist’s former home, Paisley Park, is an ideal starting point. 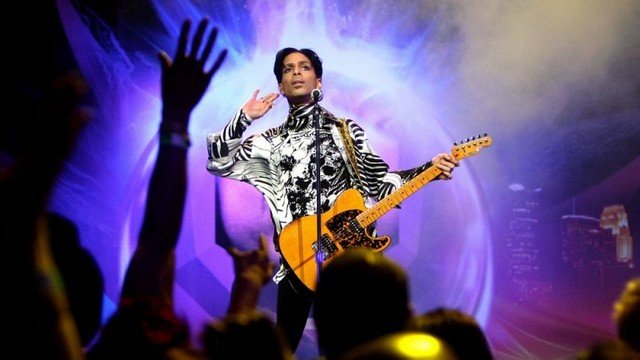 Inside a huge space of more than 6,000 m², visitors will explore its old house, with its own disco and recording studios.

Nearby, in the nearby city of St. Paul, the exhibition First Avenue: Stories of Minnesota’s Mainroom will be opened on May 4, 2019 and will be dedicated to this famous street. The former disco built within the Greyhound bus terminal was internationally renowned when Prince recorded Purple Rain there. The exhibition retraces the rich history of the place and highlights a complete outfit worn by Prince in the film. Visitors can enhance their musical stay by visiting recording studios or by visiting the city’s various breweries, which serve homemade beer and offer live music. www.minneapolis.org

Music, cuisine and history are omnipresent in the largest city in the south of the country to celebrate, New Orleans. Cradle of jazz, visitors will have the opportunity to discover the New Orleans Jazz Museum, which celebrates the history of music in all its forms – and even organizes free jazz yoga classes in its gallery. They will also be able to enjoy the Jazz History Tour, retracing the beginnings of jazz. 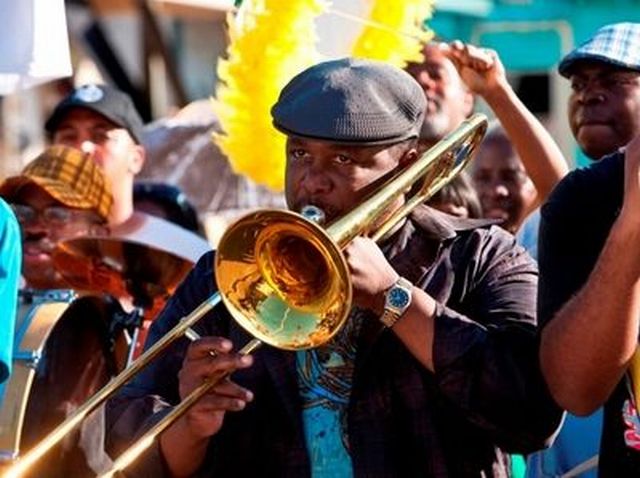 Beyond history, the pleasure of a trip to New Orleans is simply walking the streets – where brass bands gather on the sidewalks to offer impromptu concerts to pedestrians. It is also possible to settle in one of its famous bars, such as the dark and delightful Spotted Cat. Whatever their musical preferences, travellers will easily let themselves be carried away by the atmosphere and enthusiasm that the city’s music generates. www.neworleans.com

For an exhilarating combination of barbecue, bourbon and bluegrass music – a style of folk music – tourists travelling to the United States will have to stop in Owensboro. 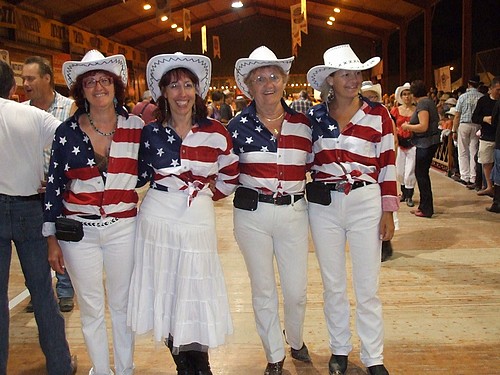 This town, located on a river in Kentucky, is about 160 kilometres southwest of Louisville. The destination, rather secret, lives and breathes to the rhythm of bluegrass and, as The Wooks says, a group of bluegrass from Owensboro:

« Bluegrass music is more than a genre: it’s a lifestyle, it’s a community, it’s a family. To enjoy the sound of banjos, violins and mandolins, visitors will have to coincide with the state’s largest bluegrass gathering, the Romp Festival, which will take place from June 26 to 29. They will also be able to enjoy the sunset during Friday After 5, a series of free concerts that will take place over a week from May 17 to August 30. In the meantime, the Bluegrass Music Hall of Fame & Museum will pay tribute to Bill Monroe, the father of bluegrass, who grew up in the nearby hamlet of Rosine. www.visitowensboro.com

For decades, budding musicians have been coming down to West Hollywood, California – and rightly so, since it is a neighborhood that has seen some of the world’s greatest stars pass through and is home to some of the most sacred places in the United States. 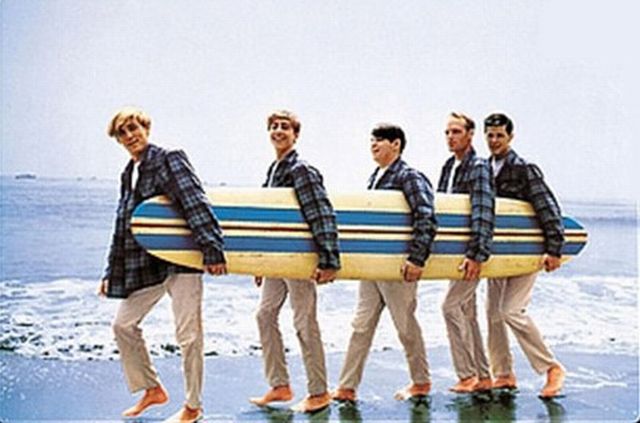 Visitors can experience it with the Rock’N Walk & Jogging tour – an opportunity to learn more about the region with former Sunset Strip rock star musician Jon D’Amico.

Then, visit West Hollywood’s cult music venues : The Troubadour (where Elton John first appeared on stage); Whisky A Go Go Go (which hosted The Doors, Janis Joplin and Led Zeppelin); Le Roxy (an intimate place where visitors can see emerging artists with celebrities) and the Viper Room (a dark and lively place where the biggest names, from Oasis to Tom Petty and the Heartbreakers, were featured). Andaz West Hollywood, the first hotel on the Sunset Strip, is the ideal place to stay as it was one of the favorite places of legendary rockers. www.visitwesthollywood.com 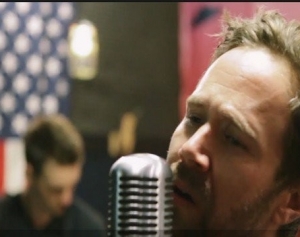