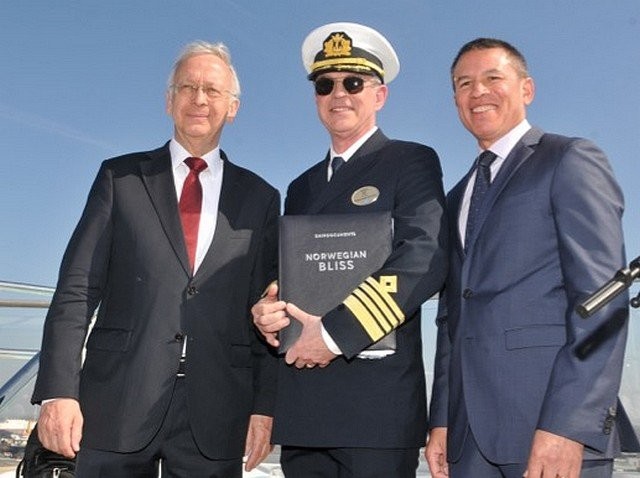 Norwegian Cruise Line’s latest ship makes its European debut before embarking on its inaugural tour of the United States and join Seattle, Washington, USA, for her official christening ceremony.

The day before yesterday, Norwegian Cruise Line received the Norwegian BLISS, its latest vessel of 167,800 gross tons, at the Meyer Werft shipyard at a ceremony held in Bremerhaven, Germany, marking the end of an 18-month construction period.

Later that day, the vessel proceeded to Southampton, England, from where she began her transatlantic voyage on April 21. 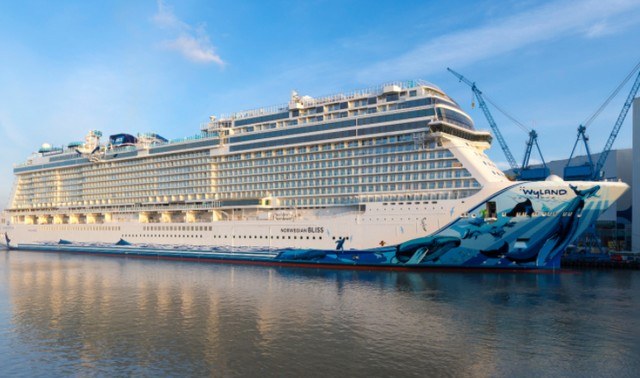 The Norwegian Bliss will arrive at its first home port at Pier 66 in Seattle on May 30, where the official christening ceremony will be held. On her return on June 2, the ship will begin her first seven-day voyage to Alaska.

The Norwegian Bliss, the third ship of the Breakaway Plus class, the most successful class in cruise history, is the first cruise ship specially designed with features and equipment for a ultimate Alaskan cruise experience.

Starting in June 2018, the Norwegian Bliss will offer seven-day cruises in Alaska and will reposition itself at Fall from Los Angeles to offer routes along the Mexican Riviera.

In winter 2018, the Norwegian Bliss will sail in the Caribbean from Miami. During the autumn-winter 2019 season, it will offer a route from New York between Florida, the Bahamas and the Caribbean.