Will the fight between the three heirs of the late Cho Yang-ho, president and founder of Korean Air for over a decade, shake the airline’s foundation? While the eldest daughter accuses her brother of wanting to control the company alone, the second daughter is still causing a scandal with her behavior. 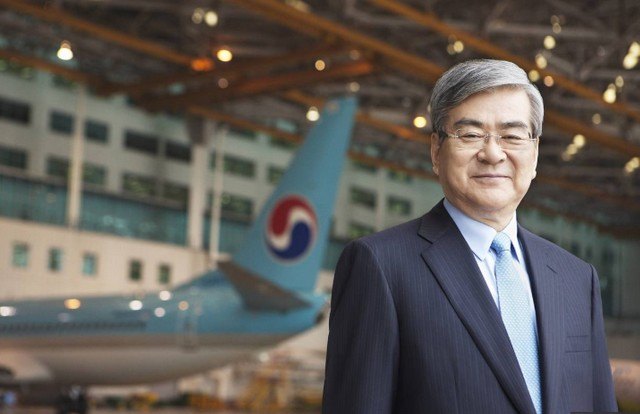 Since Cho Yang-ho (pictured here) died in California in April 2019 the battle rages on.

According to his eldest daughter (Heather Cho Hyun-ah), the founder of Korean Air would have wanted her and her brother Walter Cho-Won-tae, the current executive director of the company, « to cooperate and manage the company together. »

A wish which, according to Forbes magazine, seems to be the least of Walter’s worries, as he made many decisions without consulting his sister.

It’s a discord that’s causing havoc in the country, especially since Walter’s other sister, Heather, has yet to regain her reputation following the scandal of 2014 that she caused when, as vice-president of the airline, she violently fired an employee because she didn’t like the way the flight attendant served her cashews in first class. As a result of the incident and the violent behaviour with the purser, Heather had to spend five months in jail.

While this is not the only controversy Korean Air has experienced in recent times, the Cho family has gone from scandal to scandal.

The Korean media reports that Emily Cho – Heather and Walter’s sister – lost her temper during a business meeting when she threw a glass of plum juice at the director of an advertising company.

An explosion that not only earned her a very bad reputation in her country, but also a large fine for the company. For this reason, moreover, her father had to apologize on her behalf.