How far will the companies of the Gulf go ? 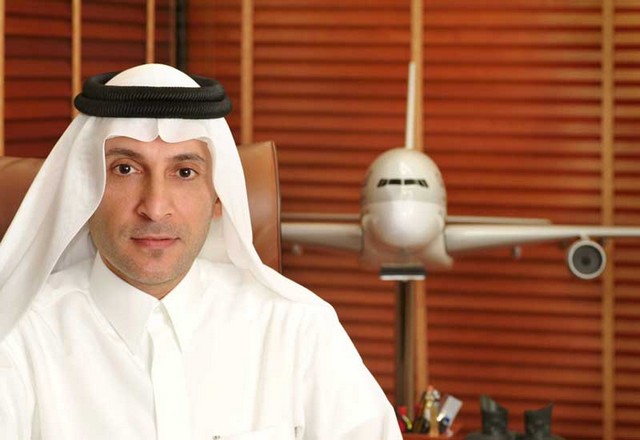 This information went slightly under the radar, but Qatar Airways which already had a 9,9 % share of the IAG group, has gone up to a 15,01 % holding. It’s been a long time since Akbar Al Baker, CEO of the company had shown his intentions of becoming a little more influential in the group by taking a new part in the shares. It now has been done.

One can question the company’s strategy which does not hesitate to spend billions of dollars, lests us be reminded that the first 9,9 % were bought for 1,15 billion pounds, only to obtain a very minor share of the British company. It is perhaps only a step towards having a say in the European market.

This undoubtedly correlates with Qatar Airways’s participation in the OneWorld alliance which it entered in October 2013.

The increasing power of the transporters of the Gulf is intriguing however. These are very recent companies compared to the ancient European companies. The oldest, Gulf Air, created in 1950 has slowly gone off the rader, even if it persists in coming back.

The real players are the newbies : Emirates, the first, was created in 1985, Qatar Airways in 1994 and Etihad in 2003. A youthful group on the scale of the air transport field.

And in this small period of time, not only did the companies build a powerful international network, but they built themselves on a concept forgotten by Western companies: quality.

Surely they are all are helped by their countries. Qatar Airways does not publish its figures, the lastest ones for Etihad Airways are however very modest: 14,8 million $ for an approximative 8 billion $ turnover, only Emirates makes a considerable benefit of 1,9 billion $ for a 23,2 billion $ turnover. Without the very important support of their governments, these companies would not have been able to reach these results.

In the end, their influence is superior to their economic capabilities. They are first and foremost fond of growing. It’s not just because their &quot;Hubs&quot; are ideally located, as after all, the European ones are as well.

But having built themselves as a layover spot between long haul flights as well as airports built on the requests and needs of national companies, enables them simply limitless growth.

On the condition, of course, to obtain the rights for the air traffic which they wish to develop their activity on.

That seems to be the problem. It is necessary to break through the European and American shield in order to get to the translatic market which is so dear to the historical companies. The Western transporters do not see eye to eye with them and they will do anything they can so that their governments will prevent these intruders from coming to play in their ballpark. It’s not so easy.

Indeed the Western Governments have to take into account the interests of their transporters, but also those of the aircraft manufacturers. And that&#39;s where the cookie crumbles.

The 3 companies of the Gulf make the biggest orders to Airbus and to Boeing in the world.

Today, 313 airplanes were ordered from Airbus, and 353 from Boeing, mainly big carriers.

The money which is spent is simply colossal. It is well worth some more air traffics rights And then there is their interest in buying stakes in the European airlines. They have seen their potential with Qatar Airways’ strong entry into the IAG which regroups British Airways, Iberia, Vueling and more recently Aer Lingus.

Besides the Qatari transporters do not intend to stop there, as they have their eyes on Meridiana. Let us not forget the impressive list of members in the Etihad group: 29 % Air Berlin, 49 % Air Serbia, 33,3 % Darwin Airlines rechristened Etihad Regional, and especially 49 % Alitalia, to name a few.

From an outside persepective, the analysis is easy. All these offensives have a certain purpose : to penetrate the European market which still remains very powerful, to develop more long hauls which is currently controlled by transporters on which the quality of service is not their predominant characteristic.

The fight promises to be difficult. It will most likely be for the benefit of the consummers. 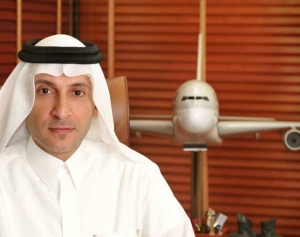