Denied as a flight attendant, she creates her own company 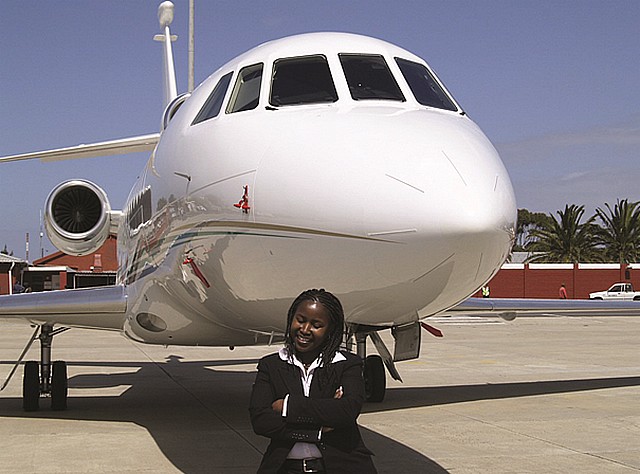 Sibongile Sambo dreamt about being a flight attendant her whole life. The application standards seemed to be within her reach, however, against all odds, it was refused. A broken dream but not for long. because, small reason, big effects.

This rejection gave her motivation to create her own airline : SRS Aviation. The company which brings you to new heights. The only Africain air carrier run by a woman.

When she learnt that she could not be a flight attendant, she did not take the time to wallow. She decided to create her own business. In order to do so she sold her car and her mother helped her by offering her her retirement pension. It was time to start this new activity thanks to blind faith, undoubtedly. That being said, her hopes were rewarded. 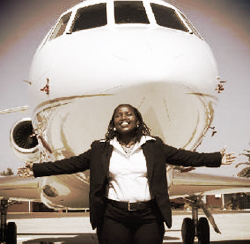 The South African government issued her her working licence in 2004. The beginning was difficult, but Sibongile was strong minded.

She now works in partnership with MCC Aviation, enabling her the use of their air fleet as well as various services on their soil.

Her airline is particularly specialised in business flights. Not only though, as she operates on freighter flights, on helicopter transport and even flights that count animals in wildlife reservations. A founding transportation service in the world of Africain air transport.

Can be another way of arresting things ?

She broke the monopoly of an industry which, before her arrival on the market, was exclusively dominated by men.

However, her speech is not powered by a desire of revenge or pretext of political feminist activism. She is simply a brand, a professional and that is more than enough for her.

She has since helped three women become pilots. Inspired by Ethiopian Airlines which solely operates with entirely female crews , she plans to go even farther. She aims to become the first South African company to be equiped with women crews only. It’s more than a game or a motivation for her, it’s a passion.

Her ambition is vocal as she wants to spread her company’s services throughout Africa. She knows that Africa is going to grow economically. She wants to grow with Africa.

A striking example of intelligence and strong motivation from the African women. 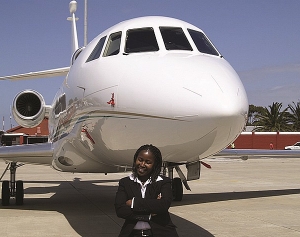