Celestyal cruises is part of the Greek tourist tradition

A gastronomy to discover

Maria Nikolaou, sister of the famous Greek chef Dina Nikolaou (she hosts culinary TV shows in Greece) presented the Greek traditions and pastries tasted at this time of the year that still exist today. 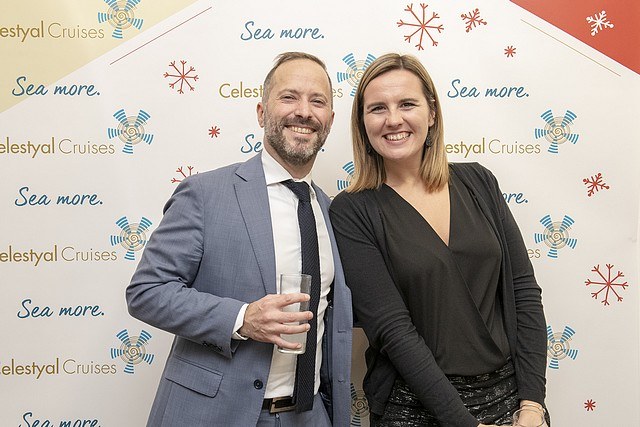 Historically, each house was decorated with a model boat decorated with small candles. The Christmas tree gradually replaced the boat, but this tradition is returning to fashion. Very quickly the fir tree invaded the homes of the Athenian elite, but it was not until the second half of the 20th century that it was adopted by all Greek homes.

On December 24th, Greek children go from house to house to sing the « Kalanda » (from the Latin word Calendae, name of the first days of January, which were celebrated with pomp under the Byzantine Empire) with a trigone (metal triangle that is struck with a metal rod). In response, the inhabitants give them sweets, dried fruit and melomakarona or kurabiedes cakes.

Water to start the year right

Fire and water play an important role in the rituals beginning on Christmas Eve and leading to Ephiphany.

Fire is considered as a purifier. For example, in some areas, a log, called christ wood, is lit and allowed to burn during the Christmas meal. The ashes are then spread throughout the house to protect it for the coming year.

According to a popular belief, springs and fountains are visited on Christmas night by the Nymphs and Nereids, which give them the power to heal and satisfy all desires. In Epirus (Northern Greece), for example, villagers offer their fountain butter and cheese before « stealing » its water to sprinkle it on the house.