Revent, the Rodrigues International Kitesurf Festival (RIKF) water sports event organized by the Rodrigues Kitesurf Association (RKA) which returns from 26 to 30 June 2019 to’Anse Mourouk’ famous kitesurf spot in the southeast of Rodrigues Island at 1h30 flight from Mauritius. A seventh edition that will once again bring together all kitesurfing enthusiasts at the flagship tourist destination in the heart of the Indian Ocean. And this year, as a major innovation, the festival will host a regatta race for the first time announced the new president of the Rodrigues Kitesurf Association, Jean-Christ Spéville.

During this new edition, Rodrigues will be vibrating to the rhythm of its kitesurf festival. Many experienced kitesurfing enthusiasts as well as experienced amateurs from the islands of the region and other parts of the world will perform for five days challenging each other in impressive aerial figures out of the waves.

Today, the event has become a must in the calendar of the various cultural events on Rodrigues Island. The popularity it has enjoyed since its launch in 2013 has grown steadily to become a global success.

The opening of many kitesurfing schools on the island is in line with its success.

In six editions, the festival has had the honour of welcoming some of the biggest names in kitesurfing. All of them were able to represent the festival with dignity as godparents. Among them are: Charlotte Consorti (France), three-time world champion in speed kitesurfing, former minister (France) Nicolas Hulot, Franco-Mauritian champion Louka Pitot, Pauline Valesa, world champion Jr kitesurf freestyle and French kitesurf freestyle champion Simon Witchmann (Australia). Last year, Polish champion Helena Brochocka and French champion Julien Kerneur were the godmother and godfather respectively.

Balanced by a constant wind almost all year round, the kitesurf spot Anse Mourouk’ is ideally located on a shallow turquoise lagoon for the practice of this sliding sport in complete safety in exceptional sailing conditions. For many kite-surfers, the site is considered one of the three best spots in the world 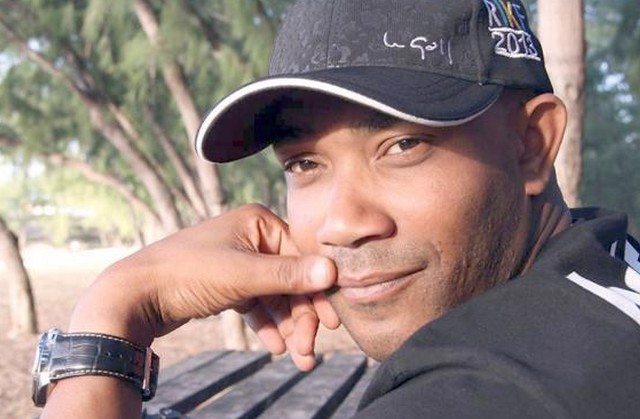 For Jean-Christ Spéville (photo opposite), the Rodrigues International Kitesurf Festival is undeniably an asset for the promotion of the island and its objective is  » to reach tour operators, travel agencies and the media, without forgetting the promotion of Rodrigues Island as a real kitesurf destination, both at regional and international level.

It is also important to promote the development of the tourism industry and to make Rodrigues known as a destination in its own right. It is an island that is still very well preserved in terms of its environment and wild nature, with some of the most popular tourist attractions, including: Trou d’Argent, Anse Bouteille, Caverne Patate, Île aux Cocos and the François Leguat reserve, which we invite visitors to discover during a stay on our island, » said Jean-Christ.

The president of the Rodrigues Kitesurf Association is delighted to be able to count once again on the indispensable support of the Rodrigues Island Tourist Office as well as the loyal sponsors, including La Belle Rodriguaise, Bakwa Lodge and Konokono.

Between the highlights this year we will once again find the joyful great classic descent « Downwind’. One of a kind.

The kite-surfers from Mourouk will sail at their own pace inside the lagoon of more than 200 km2, downwind around the Islands and islets set on the Indian Ocean in a magnificent setting before reaching Catherine Island where a large picnic is planned.

Always with the aim of satisfying the general public, the programme will be full of friendly and festive events with many activities of very high quality that will undoubtedly leave their mark on people’s minds.

Previous Article What Karl Lagarfeld will no longer see in terms of... February 21st, 2019
Next Article Ali Shameem, the sky guru... February 25th, 2019