A giant took to the sea 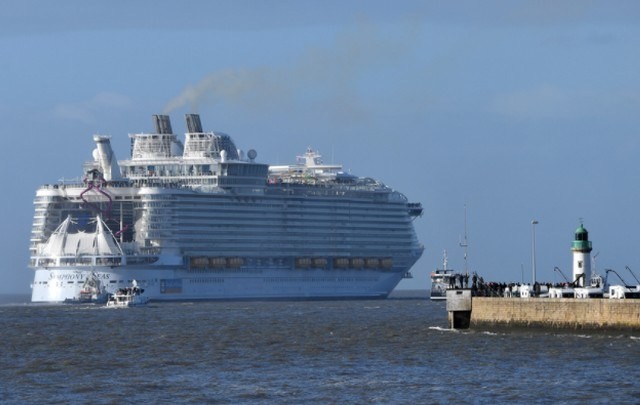 The « Symphony of the seas », the largest cruise ship in the world delivered by the shipyard STX, weighed anchor Saturday morning from the port of Saint-Nazaire in front of several hundred people who came to watch the spectacular manoeuvre.

The « Symphony of the seas », which measures 362 metres long and 66 metres wide and has a gross tonnage of 228,000, was delivered to the American shipowner Royal Caribbean Cruises Ltd (RCCL), a long-standing customer of STX France.

This mastodon of the seas, costing one billion euros, can accommodate more than 8,000 people on board, including 2,200 crew members. He delighted his twin ship « Harmony of the seas », delivered to RCCL by STX in 2016, with the title of the biggest liner in the world for a few metres and a few more cabins.

The starting manoeuvres started as planned at 8H30, under a radiant sun. The vessel left the port less than an hour later for Malaga, Spain. It will have its inaugural season in the Mediterranean Sea, before returning to its home port, Miami, in the United States in the autumn.

A floating city, it includes – like the « Harmony of the seas » – more than 66,000 m2 of catering and entertainment areas, including a Central Park, as in New York, planted with 12,000 plant species.

Innovations include a skating rink that can be transformed into a « laser game » or a luxury family suite with an indoor slide, a private jacuzzi or a popcorn machine.

It is the thirteenth built by the Saint-Nazaire shipyard for RCCL. The order for the « Harmony of the seas », in December 2012, with the option of the « Symphony », had been a breath of fresh air for the ex-Chantiers de l’Atlantique, after two years without a new contract.

Since then, orders have been pouring in: STX France, the last major French shipyard, is due to deliver nine liners by 2022, at a rate of two per year, a new situation since the Queen Mary 2 left in 2003.

To cope with this workload, the yard has hired more than 900 people on permanent contracts in five years. It currently employs 8,000 people, including 3,000 employees, and is seeking to recruit 200 engineers, technicians and workers. 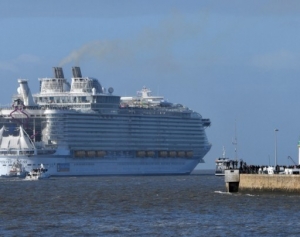 BELGIUM While for the next four weeks the Belgians have to make sure that...