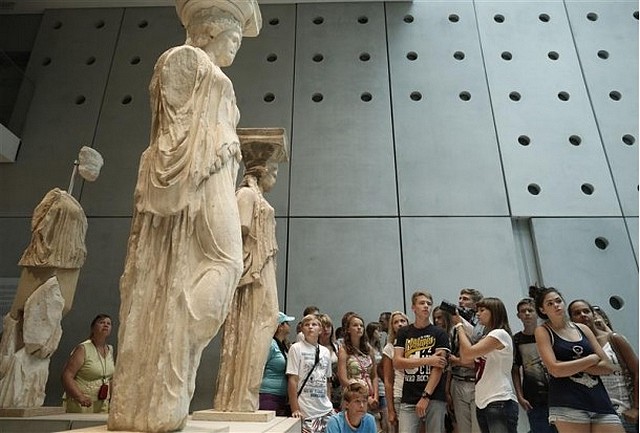 Tourism has made a strong comeback in Greece and it is a real miracle. This was due to the desertion of several ‘at risk’destinations such as Egypt, Turkey or Tunisia. In 2015, tourism income represented 15 % of Greece’s GDP ! Between the depression and the recession, tourism is a breath of fresh air.

This winter, Athens city centre was being rebuilt.

Last winter witnessed a tiny boom in renovation announcing a rebirth of toursim. Nine hotels were built or restored around the city centre. Their construction correlates with a renewal of holiday goers wanting to visit the Greek capital. This had been waited for since 2008, a year when Athens was undersieged by enormous strikes organised by a fed up population.

A progress which is 3 times that of other European countries

Greek tourism’s big boss is delighted. According to him « Tourism in Greece has progressed two to three times faster than in Spain, in Portugal, in Italy or in France in the last year. This year, we expect about 4,5 million visitors in Athens alone». In 2015, it is no less than 23,5 million tourists who went to Greece generating 14,2 billion euros of direct revenue. In 2010, revenue was barely 10 billion euros.

In 2016, Greece is expecting more than 25 million tourists

Arrivals could go up to 25 millions (27,5 millions if counting cruise ship passengers), which represents more than twice the country’s population. The country’s economic recovery will heavily depend on this.

Greece is aware that it is benefiting from a properous period

The countries which is economically dependant on tourists has suffered terribly from the lack of arrivals. Holidaygoers avoided destinations considered at risk such as Egypt, Tunisia, or Turkey.

The biggest Tour Operators quickly gave up on these destinations in order to invest in housings in Spain or in Greece.

A VAT which has strongly gone up

VAT went from 6,5 % to 13 % on accomodation prices and from 13 % to 24 % on food and drinks. This bump fortold by the government has as an objective to ease Greece’s creditors.

Tourism could bring a breather in tax revenues. It could also have a positive effect on unemployment which still remains very high (25 % in general while it’s at 67 % for young people). However, prices should not be too dissuasive as not to scare off the return of the tourists. It remains a valid point as other tourist destinations offer competitive prices.

The refugee crisis produced some negative effets on tourism

For weeks, pictures of war refugees arriving in Greece were broadcast. The country worked on welcoming these poor people, who in part have scarttered, across Europe. These pictures had a negative impact on tourism.

Some islands remained devoid of tourists after the war refugee crisis. Italy is faced with the same difficulty. With a few exceptions, Europeans understand this necessity of welcoming them. 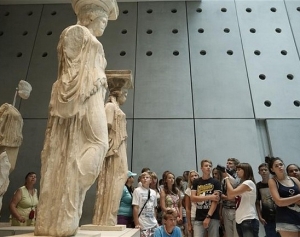