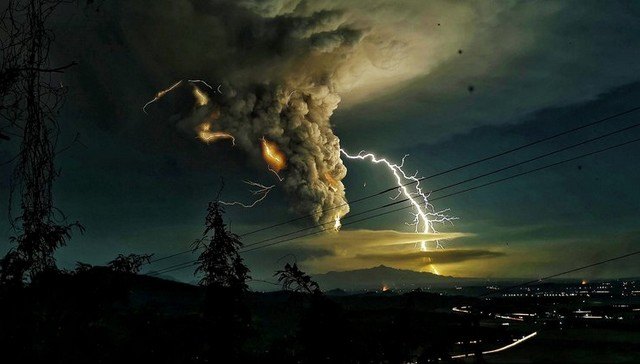 A volcanic eruption south of the Philippine capital of Manila on Sunday, January 12 resulted in the cancellation and postponement of many flights, as Manila International Airport is currently closed. Situated in the centre of a lake, the Taal, the most active volcano in the Philippines, which exploded this Sunday, could at any moment cause a tsunami. A disaster for the Tourism of the archipelago.

A massive ash cloud from the eruption drifted northward through the city and yesterday Monday at least 10 flights between Singapore and Manila were affected, although Philippine authorities said flight operations partially resumed the same day. 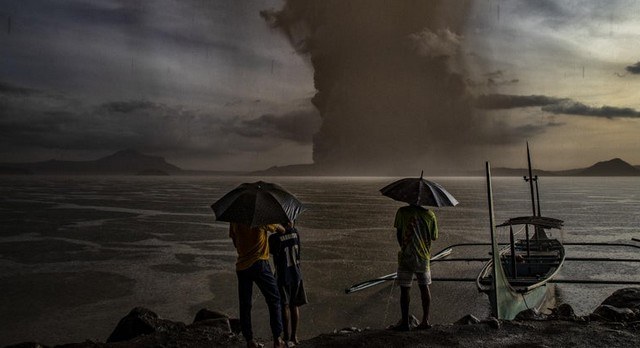 Airlines affected include Singapore Airlines, Scoot, Jetstar Airways and Philippine Airlines, according to the Changi Airport website. The volcano is throwing up ash, stones and steam, threatening the 450,000 people who live within a radius of 17 km.

A small volcano in size but one of the most dangerous

There are currently 24 active volcanoes in the Philippines, including the Taal. It is located on the Pacific Ring of Fire, which is known for its active volcanoes and frequent earthquakes caused by tectonic movements that make the region particularly prone to disasters. 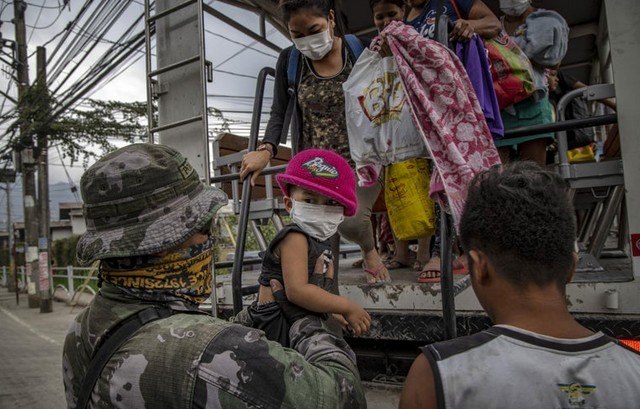 The Taal, located about 60 km south of Manila on the island of Luzon, is one of the smallest volcanoes in the world – it rises only 3 m above sea level and has an opening filled with a lake about 20 km by 15 km in diameter. Despite this, it is considered one of the most dangerous in the world and is the second most active volcano in the Philippines.

The Taal is considered a caldera and was formed after a large volcanic eruption caused it to collapse in on itself about 100,000 to 500,000 years ago.

A « monstrous » eruption that hasn’t happened yet

Although no casualties and no major damage have been reported so far after the Taal volcano erupted on Sunday, scientists warned that an « even more dangerous eruption » could occur at any time.

Since the Taal volcano began spewing ash and steam on Sunday, more than 20,000 villagers in Batangas and Cavite provinces have fled their homes. Poor visibility and transportation problems have hampered the process, with officials saying some villagers needed convincing because they wanted to save their pigs and herds of cows.

Already, the ongoing eruption has triggered some 75 earthquakes and resulted in the cancellation of more than 500 flights. A change in wind direction has also caused ash to be blown into more and more areas, as local authorities have warned that the ash could cause respiratory problems for the very young and those with pre-existing lung problems.

Flight operations at Ninoy Aquino International Airport partially resumed yesterday Monday, although the authorities continued to monitor the situation closely. The airport was closed on Sunday when ashes from Taal blew more than 100 km north of Manila, obscuring visibility. 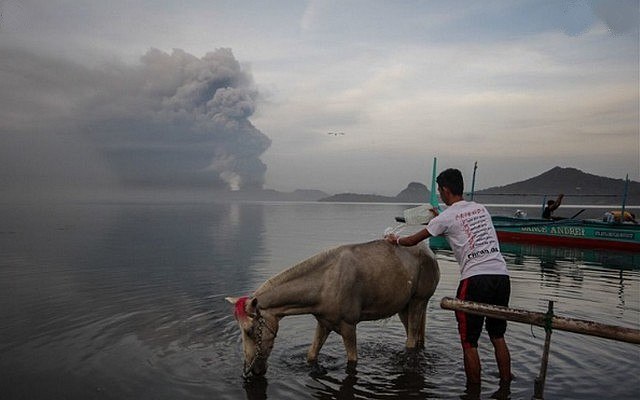 Although reddish lava continued to gush out of Taal on Monday, the Department of Transportation, Manila International Airport Authority and the Philippine Civil Aviation Authority temporarily resumed operations at the airport.

The delay since Sunday meant that aircraft that had been parked since Sunday night were given priority, while flight arrivals were subject to the availability of crews.

Although reddish lava continued to gush out of Taal on Monday, the Department of Transportation, Manila International Airport Authority and the Philippine Civil Aviation Authority temporarily resumed operations at the airport.

The delay since Sunday meant that aircraft that had been parked since Sunday night were given priority, while flight arrivals were subject to slot availability.

Another airport north of Manila, at Clark freeport, remains open, but authorities said they would also close it if ash falls threaten flights. 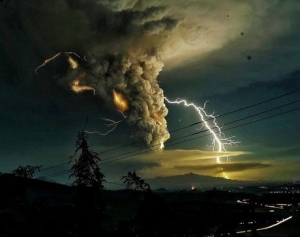 Previous Article Tourism in Thailand: the traditional Thai massage ... January 10th, 2020
Next Article The real reasons for the decision for the Olympic ... March 25th, 2020