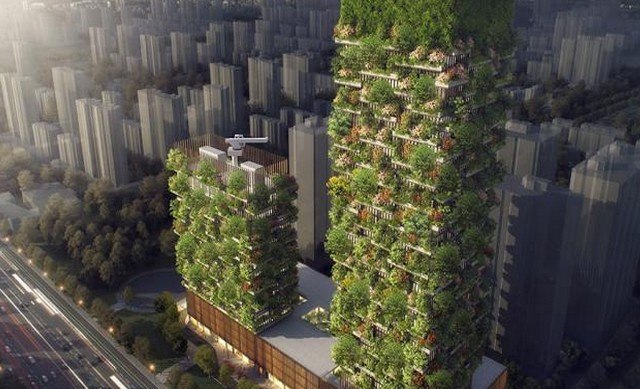 The first two vegetated towers in Asia were built in 2018 in Nanjing, the capital of China’s Jiangsu province, which now has eight million inhabitants, and a large number of towers.

The Nanjin Towers, entirely vegetated, were designed by the Italian architect Stefano Boeri.
These green buildings with more than 3000 plants can produce 60kg of oxygen by consuming 25 tonnes of CO2 each year, which is expected to absorb 258 tonnes of carbon dioxide per year. 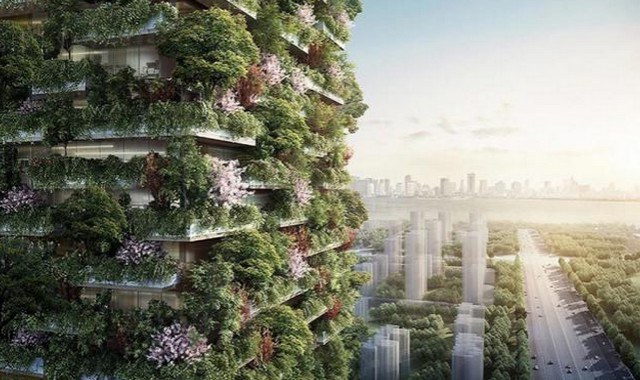 The tallest tower (200 metres) houses offices, a school of green architecture, a museum and a club on its roof.

The balconies will provide access to vegetation consisting of more than 1,000 trees and 2,500 shrubs of 23 different species.

The architectural firm was not in its first year with two projects already completed in Milan, La Tour des Cèdres in Lausanne or the Mountain Forest Hotel in China, in the province of Guizhou.