Ghana is a success story 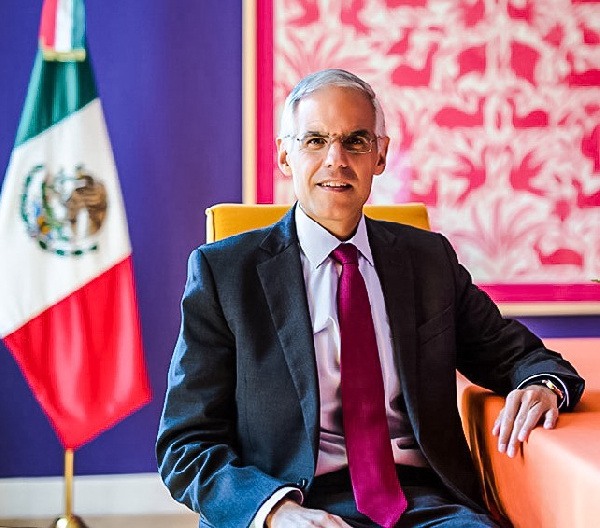 Ghana is a success story in terms of democratic development, the rule of law, economic growth and real integration in Africa, » said Julian Ventura, Deputy Minister of Foreign Affairs of Mexico.

He said Ghana was also able to use its resources to help integrate the region, especially with what is about to happen, as the country is about to host the African Continental Free Trade Area (AfCFTA) secretariat that will open up opportunities.

« I am confident that additional opportunities will open up as tariffs on intra-African trade are gradually eliminated within AFCAC, » he said.

He said that Mexico has benefited from free trade agreements, not only in North America, but also in Asia-Pacific and Latin America, as well as with the European Union.

The Deputy Minister of Foreign Affairs said that Mexico was also well placed to be the kind of partner that Ghana needed to achieve its vision and objectives in various areas, including their tourism efforts.

Mr. Ventura said: « Mexico is the country to talk to in Ghana’s tourism agenda because Mexico has made great progress in tourism and is the sixth most visited country in the world, with 40 million visitors last year.

Mexico, he noted, had also achieved much in the automotive industry and congratulated Ghana on its recent efforts and adjustments to its automotive policy.

« We have identified significant opportunities for collaboration in trade and investment, as well as in sectors such as automotive and agri-food, where there is already Mexican investment in the Volta region.

Mr. Ventura was pleased to note that Ghana’s well-deserved reputation as a gateway to Africa and its flagship programme « Ghana Beyond Aid » have attracted the interest of Mexican companies seeking to explore new opportunities in non-traditional markets.

Mr. Ventura noted that Mexico’s interest in Ghana had been manifested through various visits to the country by the Mexican authorities since 2016, and said that Ghana had in turn welcomed the Minister of Trade and Industry, the Speaker of the Parliament of Ghana, the Deputy Minister of Foreign Affairs and the Director-General of the Ghana Investment Promotion Centre to Mexico.

He announced that Mexico would support Ghana in its efforts to reopen an embassy in Mexico, which would play a very important role in strengthening bilateral relations between the two countries.

Mr. Ventura said Mexico was the first Latin American country to establish diplomatic relations with Ghana after its independence. 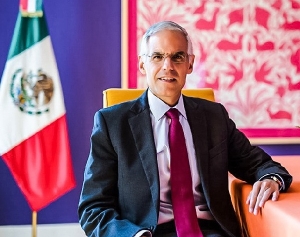