Zorro falls the mask and still not a wrinkle 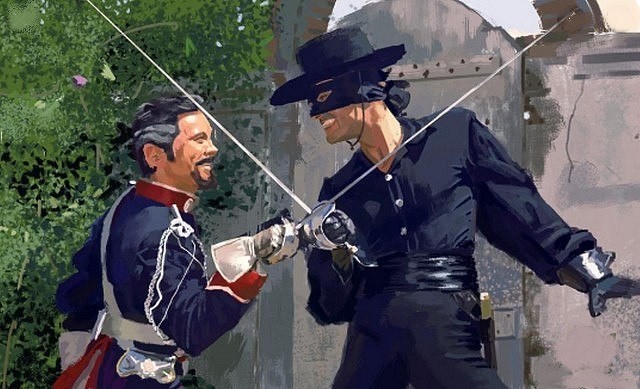 Zorro, the famous masked hero, celebrated his 100th birthday on August 9. The story written by Johnston McCulley was first published in 1919 as a series, « The Scourge of Capistrano », in the American illustrated gazette All-Story Weekly. The scenario ? A masked vigilante dressed in black, Zorro (« fox » in Spanish), fights injustice in the city of Los Angeles, Spanish California (Alta California) (1769-1821), at the time when Monterey was its capital.

The hero is dressed in a cape, a hat known as sombrero cordobés, and a domino mask that covers the upper part of his face.

And it was the American television series, launched in 1957 by Disney Studios and divided into 78 25-minute episodes shot in black and white and then colored in 1992, and 4 50-minute episodes, that quickly catapulted the masked vigilante to the rank of world star. 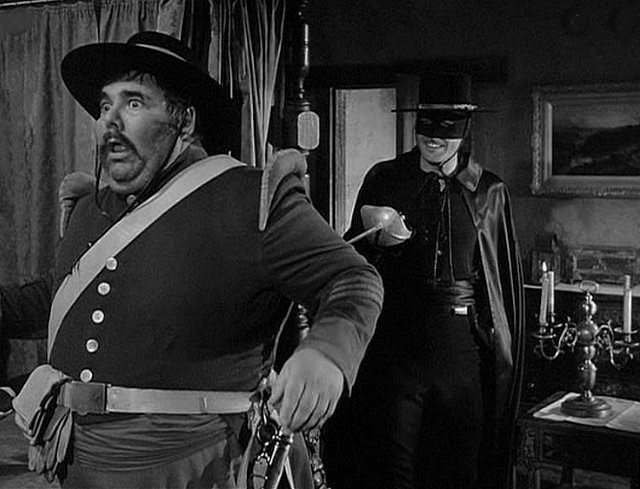 Disney studios drew heavily on 1920 and 1940 films to adapt their television series. In choosing the actor to play Zorro, the director of the series Norman Foster hesitated between Britt Lomond (who will play the role of Commander Monastorio) and Guy Williams. It is finally the latter that will be chosen.

To compensate somewhat for the budget of the series, the actors sometimes had to shoot scenes from four different episodes on the same day because they took place in the same set, which, according to Guy Williams, was quite disturbing.

Guy Williams, Don Diego de la Vega alias « Zorro » is called by his real name Armando Joseph Catalano, known as Guido Armando.
An Italian-American actor of Sicilian origin, born on January 14, 1924 in New York and died on May 7, 1989 in Buenos Aires, he owes his talent as a fencer and his advantageous physique to having won this role, at 33 years old, that will mark his life. It should be noted that the actor was never dubbed for combat scenes or horse chases. 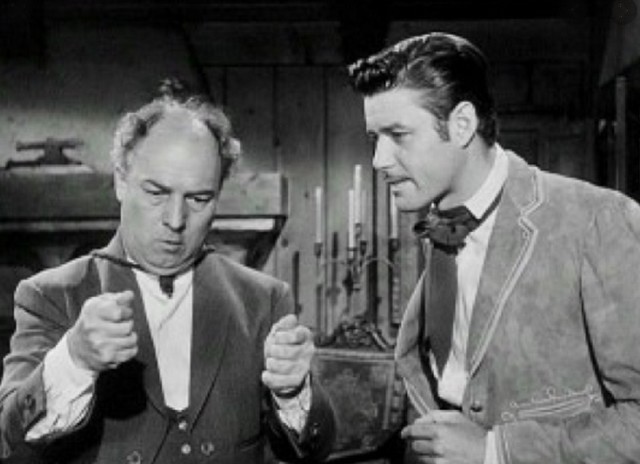 Henry Calvin: Sergeant Demetrio López García, born May 25, 1918 in Dallas, Texas, died October 6, 1975 in Dallas known in the series for his strong penchant for food and drink.

Gene Sheldon: Bernardo, Zorro’s mute (and allegedly deaf) servant, born in 1908 and died on May 1, 1982, became a legend thanks to his tasty facial expressions that fuelled conversations between him and Guy Williams.

Zorro’s famous horse, Tornado, was played by four black Quarter horse stallions, different according to the scene. The more dashing one was used for close-ups, while the other three, more robust, appeared in combat and pursuit scenes. 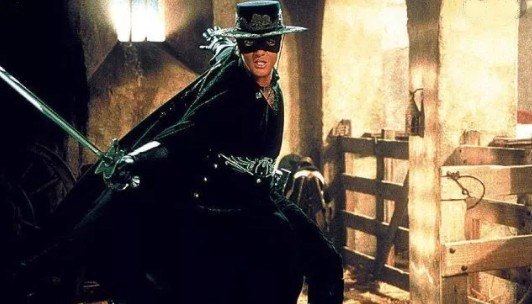 Bandit Queen, directed by William Berke, in 1950 with Barbara Britton (Zarra Montalvo, alias Lola Belmont), Willard Parker and Phillip Reed, the story of an implacable revenge on a girl whose parents were killed by bandits.

And let’s not forget « Zorro« , a Franco-Italian film directed by Duccio Tessari in 1975, with Alain Delon as the eponymous character. 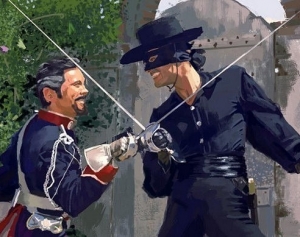