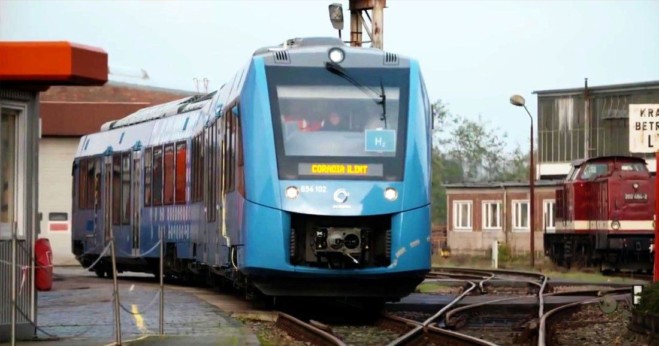 Partly manufactured in France and assembled in a German Alstom plant, the Coradia iLint train, powered by a hydrogen fuel cell, serves a regular line in Lower Saxony. Definitely eco-friendly, it does not emit any polluting gases and can travel 1,000 kilometres with a single tank.

THE WORLD’S FIRST HYDROGEN TRAIN
The Coradia iLint is equipped with fuel cells that convert hydrogen stored on its roof and ambient oxygen into electricity, while its lithium-ion batteries allow it to store energy recovered during braking, so that it can be reused during acceleration phases. This low-noise means of transport can carry 300 passengers at a maximum speed of 140 km/h and has an impressive range. With a single tank of hydrogen (which only takes a few minutes), the machine is capable of travelling 1,000 kilometres, an autonomy equivalent to that of diesel trains.

Stefan Schrank, Alstom’s project manager, points out that « the hydrogen train is a little more expensive to buy than a diesel train, but its operation is much less expensive », while Olaf Lies, Lower Saxony’s Minister of Transport, sees this ecological process as « the ideal solution to protect the environment and revolutionise the energy and transport sectors ». From 2021, the two trains currently in service will be joined by fourteen other hydrogen trains.

A HYBRID TER WILL ARRIVE IN FRANCE IN 2021
Several French regions have already applied to host this type of environmentally friendly means of transport in the coming years. But as is already the case for the development of hydrogen-powered cars, our country is seriously behind in this area, despite the fact that many French companies, such as Air Liquide, Total or Alstom, already offer effective solutions to facilitate the deployment of such devices.

As half of the French rail network is not electrified, it would potentially be eligible for the deployment of hydrogen trains in the near future. As Benoît Simian, Member of Parliament responsible for coordinating the ecological transition of the French rail fleet, pointed out: « Switching to hydrogen would cost a quarter of the cost of electrification and could help to make some small lines sustainable ». 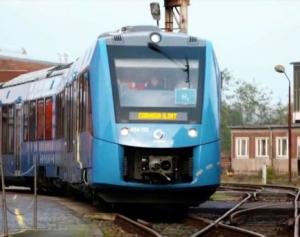