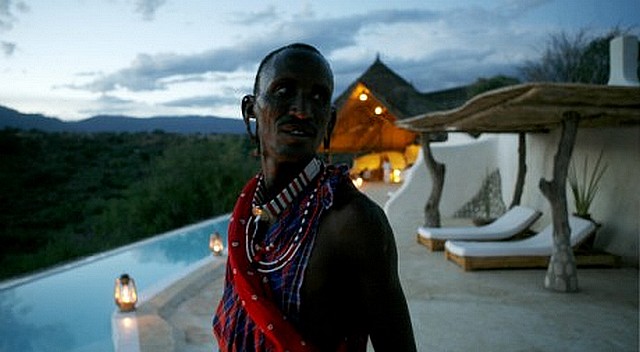 For the third consecutive year, the Africain Bank of Development (BAD) has published in the Africa Tourism Monitor, an annual report in English devoted to the sector of tourism in Africa.

Born from a joint collaboration between the BAD, the Home of Africa of the University of New York and the Africa Travel Association (ATA) organisation, the publication is entitled the « Liberate the tourist potential of Africa». 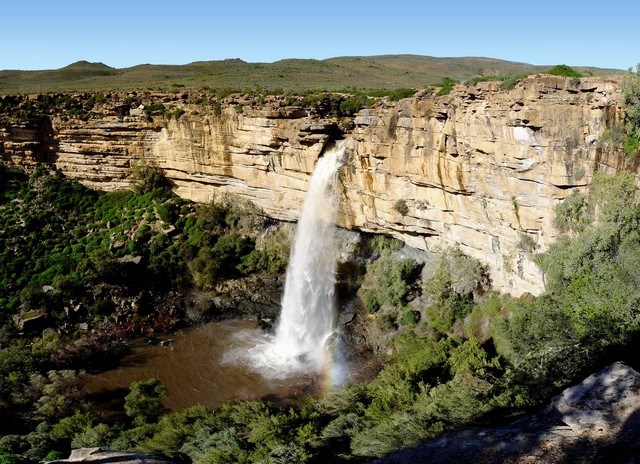 The objective : to estimate the tourism sector in Africa and to put forth its opportunities as well as any challenges it may have. This thanks to specific data and to the contributions of local key players in the field: tour operators, experts and representatives of specialised organisms, are able to give specific feedback by presenting various case studies.

A field in high growth, figures in increase 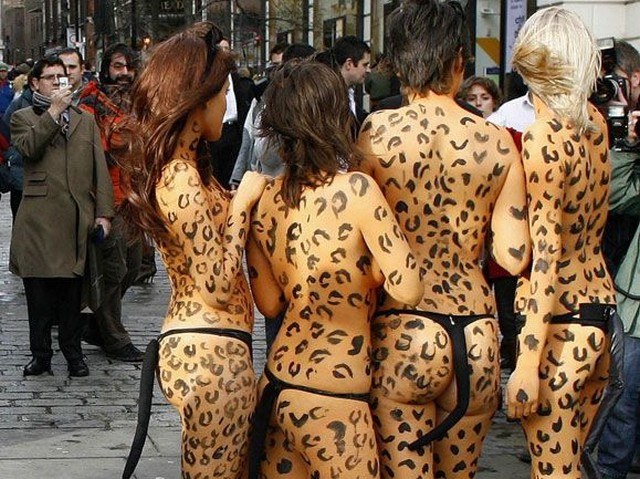 According to the worldwide Organisation of Tourism (OMT), thanks to its dynamism in 2014, Africa (+4 %) ranks right behind the first worldwide tourist destination : Southeast Asia (+6 %),

More tourists means more windfall : in 2014, the African continent reaped in a 43,6 billion dollar in revenue. 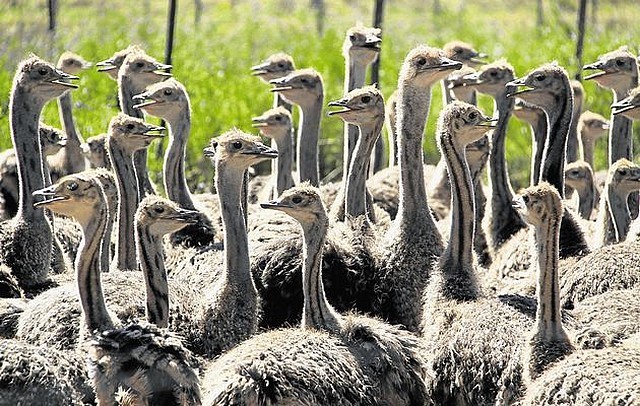 According to the British organism World Travel and Tourism Council (WTTC), the field of international tourism will have contributed up to 8,1 % of the continent’s GDP. And more tourists also means more jobs created: about 20 million people have worked directly or indirectly for the tourism field – which represents 7,1 % of the jobs in Africa. Guides, hotel employees, interpreters, air hosts, craftsmen… there are many created jobs, but economic consequences go beyond the field’s alloted professionals.

Another proof of this dynamism, hospitality is expanding. Particularly since it is now crossing new borders to develop into new countries which have remained, until now, marginalized – such as Mauritania. A big tendency in sub-Saharan Africa is to take more advantage of the expansion of hotel chains and the potential of available rooms, than North Africa does. Nigeria, the most populated country on the continent, holds the top rank in this classification – followed by Egypt then by Morocco. But it is in Equatorial Guinea where the biggest hotel plan in sub-

Saharan Africa is developping, thanks to the future Big Hotel Oyala Kempinski and its 451 rooms.

Thanks to its historical relics (from the pyramids of Egypt , the rock-hewn churches of Ethiopia by way of the South African Robben Island, The Gorée island in Senegal or the cave paintings in Algerian Tassili to Tsodilo in Botswana), grandiose landscapes (Victoria Falls, Sahara desert, Namib or Kalahari desert , the coastal region) and much wilderness (mountains, plains, deserts, rainforests, folliage), rich trade, fauna and exceptional flora, the continent is packed with assests which continually attract more tourists from around the world.

These last years, initiatives were created in Africa to encourage more tourists to come visit the continent. Progress was awarded thanks to the facilitation of visas and regional cooperation, with the creation of the e-visa and of the unique visa: one visa is enough for all the member countries of the SADC , the new visa says KAZA (for Kavango-Zambèze) was developed between Zambia and Zimbabwe, while the Community of Eastern Africa launched, in February 2014, a unique visa which covers three countries (Kenya, Uganda and Rwanda).

Such measures as easy visa enabling policies could raise tourism and work income from 5 % to 25 % as is stipulated in the report.

A potential which has been recognized and which remains to be completely liberated.

Infrastructre and transportation could be the Achilles heel in the growth of tourism: «Traveling the African continent is not always without problems», it has been said. It is indeed more complicated – and more expensive – to travel across the continent, than to travel there from Europe, North America or Asia.

In 2004, NEPAD had launched its Tourism Plan of action, in order to develop long lasting tourism. Years later, in 2000, the Declaration of Yamoussoukro was ratified (named after a city in the Ivory Coast where it was claimed in 1999), which aims for the liberalisation of air transport on the continent. Yet, more than a decade later, their implementation remains unhinged. However if it were to be applied, the Declaration of Yamoussoukro, also known as «Open Skies for Africa», could create on its own 155 000 new jobs and contribute 1,3 billion dollars to the continent’s GDP.

Other hindrances continue to prevent the full development of the tourism field in Africa : lack of devoted incentive politics, a regional cooperation which needs reinforcing, lack of infrastructure, and most notably security stakes.

As a result, the sector suffers from a constant a security threat since 2013, specifically in the North African countries, in Mali and on the Kenyan coast. Furthermore as it is noted in the report, out of 80 countries for which the American State Department has issued a travel warning, 30 are African. Let’s not forget the Ebola virus which, even if it only concerned Western Africa in 2013 and 2014, created a fear which spread throughout many other countries regardless of how removed their homes were from the epidemic, condemns the report.

A flora and a fauna to be discovered

As for the fauna, which attracts so many tourists from around the world, elephants and rhinoceroses are species which are threatened to be extinct. The increase of poaching and illegal trade of protected animals has never reached such levels, as is alarmingly reported. It needs to be ordered for these countries to become aware of the economic value of their fauna and to strengthen the ability to produce data in this domain, all the while underlining that beyond economic potential, it is an entire biodiversity which is at stake.

If international tourism is in increasing in Africa, today the continent only has 5,8 % of tourist arrivals and a 3,5 % gathered revenue on a worldwide scale. It goes to show the potential of growth – and economic consequences – that this field contains. 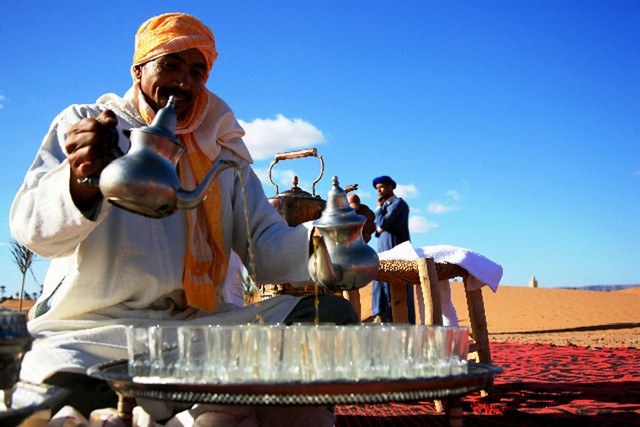 The top 3 tourist destinations in Africa in 2014

Two countries in North Africa are at the top of the list. Egypt represents the highest increase in 2014 with 454 000 more international arrivals than in 2013 – that is to say a 5 % increase in one year. Morocco follows, and once again in 2014, exceeded the threshold of 10 million international tourists gaining 236 000 arrivals compared to the previous year. The third place is occupied by a country of Western Africa, the Ivory Coast, in full economic boost: if in 2014 the country only had 91 000 more arrivals than in 2013, this increase comes to 24 % in twelve months – a two-figure growth which underlines its tourism potential.

For more information and overviews enriched with graphics, feel free to explore the Internet Portal devoted to tourism data for Africa, a portal developed by the African Bank of development, with the Home of Africa from the University of New York and the Africa Travel Association (ATA). http://tourismdataforafrica.org 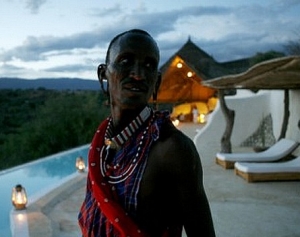