Korean Air strengthens its presence in Asia and Oceania

In order to improve its competitiveness, Korean Air has announced the strengthening of its routes to Southeast Asia and Oceania for the winter season.

The company will thus add 4 new weekly rotations from Seoul Incheon to Chiang Mai and Denpasar, to reach a total of 11 flights per week on the 2 destinations. In Oceania, the frequency of the Incheon-Brisbane route will also be increased from 5 to 7 flights per week.

The company also wants to increase the frequency of some of its domestic lines. A new route between Pohang and Jeju will be launched with 7 flights per week, and the Ulsan-Jeju flight will be operated 7 times per week, compared to 5 times per week previously.

These new routes allow passengers departing from Paris to enjoy optimised connections to Incheon International Airport, the hub of the Korean airline.

Korean Air also plans to strengthen its network to China with new routes soon to be announced. The company also announced the reduction of some routes to Japan, due to lower demand following tensions between Japan and South Korea. 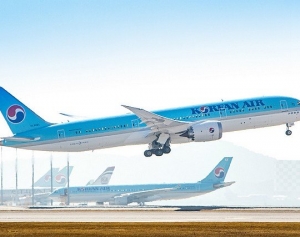 Previous Article Finnair launches its Signature Menu in the United ... September 17th, 2019
Next Article US Tourism: Will Donald Trump shoot himself in the... September 25th, 2019