Rescue workers were still trying yesterday Monday to find missing people in mud-covered neighborhoods and in the rubble of homes in western Japan where at least 100 people have already died after torrential rains.

Faced with the gravity of the situation, the Prime Minister, Shinzo Abe, has decided according to the media to cancel a tour planned from Wednesday in Belgium, France, Saudi Arabia and Egypt to give priority to the victims. 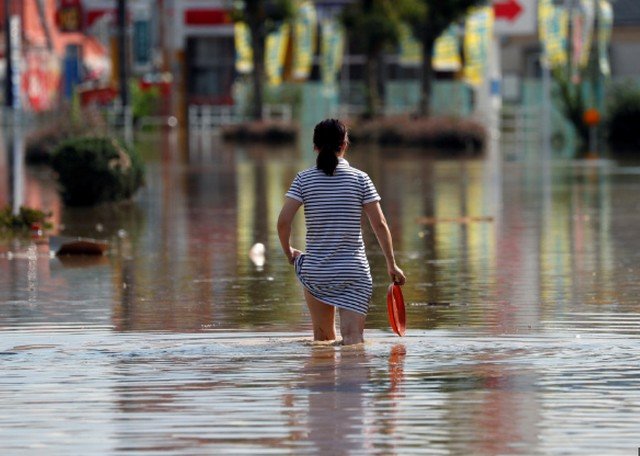 In detail, 87 people died and 13 in cardiac and respiratory arrest (meaning that their death certificate has not yet been signed), said Monday spokesman, Yoshihide Suga, at a press briefing.

Equipped with construction equipment, shovels or chainsaws, rescuers searched for the tracks of a dozen missing residents.

« We are removing debris with heavy equipment where we can. We are also clearing destroyed houses, without which it is impossible to reach any survivors trapped under, » explained one soldier.

Almost everywhere, as they returned to their homes after the rain ended, residents began to realize the extent of the disaster, with entire neighbourhoods drowned, houses turned upside down, cars lying in craters of totally collapsed roads, gigantic landslides, bridges washed away, and other scenes of desolation.

« It is not raining today, but we must remain vigilant against mudflows, » explained a spokesperson for Okayama Prefecture’s disaster management office by phone.

It is one of the most serious disasters of its kind in recent years in Japan, with a number of victims now exceeding those recorded during landslides in Hiroshima in 2014, with 74 deaths.