The management of the Air Europa and Iberia airlines are determined to conclude the sale of Air Europa to IAG during the month of August. The price, set at 500 million by Iberia, is one of the main obstacles to a successful completion of the transaction. « Although it seemed that the deal was imminent, it will still take a few weeks to seal the sale, » commented the newspaper El Pais.

The Portuguese national airline, TAP Air Portugal announced that it will gradually increase the frequency of its flights from France in August and September 2020.

The Boeing 737 Max could fly again in a few weeks. The model, which has been on the ground for a year and a half after the two accidents that killed 346 people, is expected to receive flight approval from the U.S. Federal Aviation Administration (FAA), which has just published a 95-page document containing a preliminary summary of all the modifications made over the past 18 months, as well as the measures that Boeing still has to implement for the aircraft to regain certification.

At easyJet total revenues for the quarter to end June reached £7 million, with the fleet being fully grounded on 30 March and business resumed on 15 June. Easyjet expects to operate at 40% of its originally planned capacity in Q4. The loss should therefore be reduced only in the third quarter.

Flights from Dubai to Kuwait City will operate daily while flights from Dubai to Lisbon will operate three times a week. The flights will be operated by an Emirates Boeing 777-300ER.
This represents more than 50% of its pre-pandemic network of destinations, as the airline gradually resumes operations, with the safety of its customers, crews and communities as its top priority.

will now be able to fly to destinations such as Athens, Valencia, Amsterdam and Dresden. From Berlin, the company will fly to Heraklion and Split in August.
From Düsseldorf, Eurowings passengers will be able to fly to, among other destinations, Bari (Italy), the coastal city of Oporto and Lyon.
In September and October, Eurowings will continue to satisfy its passengers’ thirst for travel with 28 new routes from all over Germany: from its largest location in Düsseldorf, the airline will operate flights to the Polish cities of Wroclaw and Krakow as well as to Geneva and Newcastle in September.
Customers will also be able to book flights to Nice, Venice and Dubrovnik from September onwards. Eurowings passengers will fly to the Canary Islands (Gran Canaria) from the capital of North Rhine-Westphalia in October. In the same month, the aircraft will also fly from Hamburg to Gran Canaria and Fuerteventura. From September onwards, Eurowings will fly from Cologne/Bonn to Faro in Portugal, Budapest in Hungary and Dresden. From Stuttgart, the airline will carry its passengers in September to Hurghada in Egypt and Krakow, and the route to Rome will also be resumed.

As for Europe, Air Transat will offer direct flights between Montreal and France (Paris), Spain (Malaga) and Portugal (Lisbon). In addition, direct flights from Toronto to Portugal (Faro, Lisbon, Oporto) and the United Kingdom (Glasgow, London, Manchester) will also be offered. Travellers from Quebec City will be able to take advantage of a direct flight to France (Paris) during the holiday season.
In addition, in order to increase the number of accessible international destinations and allow travel across Canada, Air Transat will also operate domestic flights between Montreal, Toronto and Vancouveau. 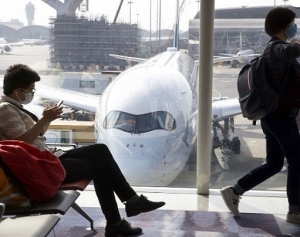