« Boracay is a septic tank, » said the president of the Philippines

For those who do not yet know Boracay, it is a small island in the center of the Philippines. It is famous for its tourist resorts and beaches. Along the west coast, the famous beach of White Beach. Most of Boracay’s photos are taken here. As in many heavenly places, there is the other side of the scenery.

The tourist office claims that tourism is on the rise. We still have some doubts. For if the Chinese and South Koreans come in large numbers, it is hard to believe that Europeans are rushing to this destination. There are several reasons for this: it’s far away, the flight is not straightforward and information about local politics doesn’t help. 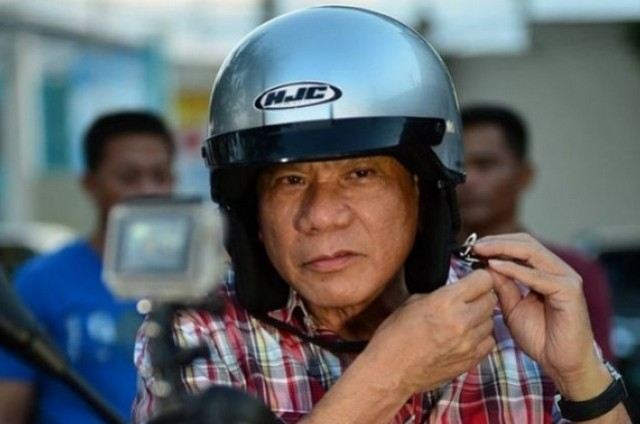 President Dutertre likes to be rude

Rodrigo Duterte, former mayor of Davao on the island of Mindanao, was elected President in the spring of 2016. He liked to parade on his Harley Davidson, with a gun in his belt. He led the city for several years with an iron fist, Davao being known for his serious crime.

Human rights defenders suspect him of having set up real death squads. He would have killed over 1,000 people. He is also accustomed to rudeness. Rodrigo Duterte had provoked a new controversy by calling the U. S. ambassador « homosexual » and « son of a bitch ». But there is more serious… 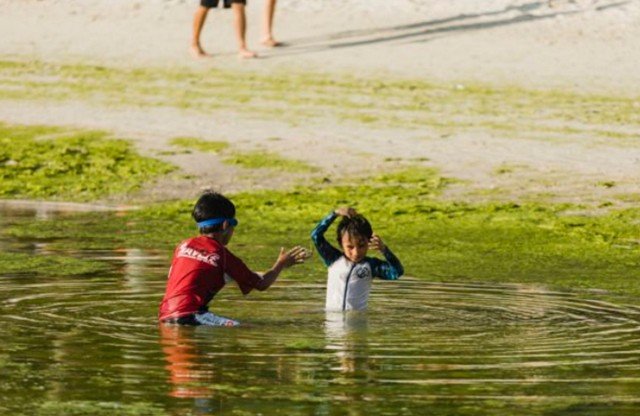 He launched an unprecedented murderous campaign

At least 8,000 people would have died. But many experts point to a massacre of up to 20,000 victims, mostly among the most disadvantaged, almost completely without any legal protection.

According to the authorities, these persons allegedly illegally used drugs or engaged in drug trafficking. These executions were allegedly carried out outside of any legal framework and were encouraged by the Philippine President. 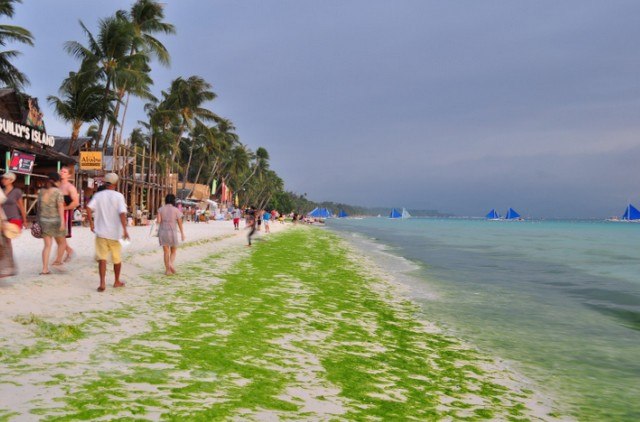 Flooding is now affecting 90% of the island because, according to the inhabitants, there is a lack of adequate drainage.

The real estate development of natural wetlands, which previously functioned as a natural sponge, absorbed excess water. Tourist arrivals also continued to increase, increasing the burden on the drainage system.

Some establishments discharge their wastewater to the sea.

Of the 150 commercial establishments recently inspected, only 25 were connected to the wastewater system. Just a few weeks ago, the department responsible for environmental studies in the Western Visayas reported that the level of coliform bacteria entering the sea at Bulabog Beach in Boracay exceeded safety standards, reaching 47 460 mpn per 100 ml. 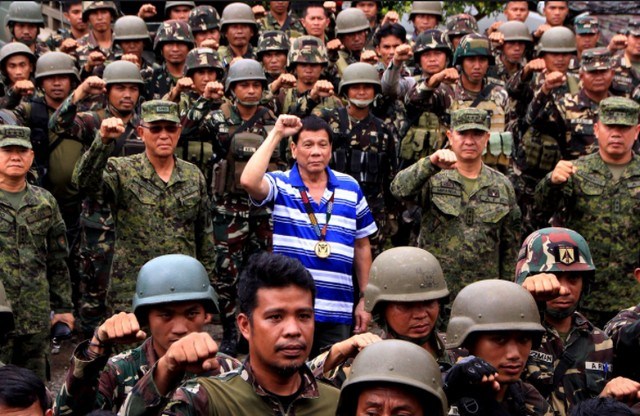 The recommended safety level for swimming and other naval activities should not exceed 1000 mpn per 100 ml. White Beach beach would have more reasonable rates.

The dangerously high levels of coliform bacteria suggest that the waters off Bulabog Beach are contaminated with human and animal waste.

The results seem to confirm recent testimonies about the unpleasant smell of this beach as well as the algae blooms on all the island’s sandy beaches.

At least on this point, President Dutertre is right to call Boracay «   septic system« . The real problem is that Boracay attracts more people from abroad.
According to a document produced by Japanese professors at Kagoshima University, the degradation of the island is becoming endemic. The development of tourism is causing sand erosion, coastal pollution and environmental changes.
It’s sad if nothing is done quickly ! 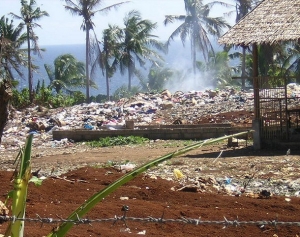