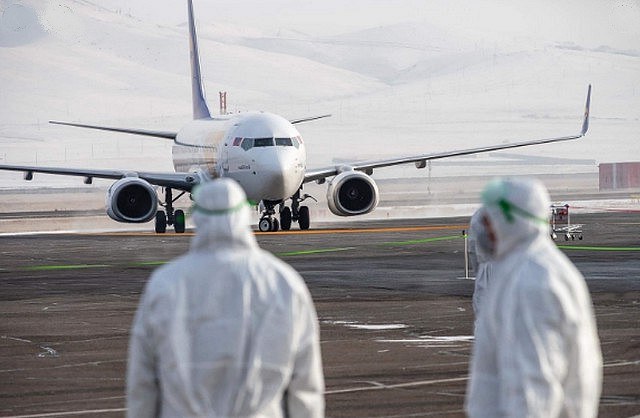 Qatar Airways launches proceedings against the United Arab Emirates, Bahrain, Saudi Arabia and Egypt. Since 2017, these four States have imposed an illegal air, sea and land blockade against Qatar. The arbitrations seek redress for the States that have imposed the blockade, namely the withdrawal of Qatar Airways from their markets and a ban on the airline from flying over their airspace. Qatar Airways is seeking a total of at least US$ 5 billion from these four States as compensation for their illegal actions.
For three decades, Qatar Airways had made considerable investments in the four countries behind the blockade. As a result, it has been able to carry hundreds of thousands of passengers and tens of thousands of tons of cargo to and from each of those countries every year.

British Airways decided to lay off 270 pilots and not the 1255 it had announced to cope with the restructuring because of the impact of the coronavirus. Finally, the airline of the IAG Group reached an agreement with the Balpa union after months of negotiations.

Ryanair announced the closure of its base at Hahn airport in Germany after the pilots refused to reduce their salaries as the company had requested. The closure will take place from 1 November.

Emirates announced that it will resume passenger services to the Seychelles from 1 August, coinciding with the reopening of the country to international tourists.
By operating five flights a week to the Seychelles with a Boeing 777-300ER, Emirates is offering travellers easy access to this popular Indian Ocean holiday destination. At the same time and in response to customer demand, Emirates will increase its rotations to the Maldives from the current five per week to six per week from 4 August.

« Beyond emergency actions such as the use of masks and hydro-alcoholic gels, we need to think about longer-term and more sustainable solutions. Process automation will play an important role in reducing queues and points of contact at the airport as passenger volumes begin to recover and physical distancing becomes increasingly difficult. For many airports, these are complementary solutions to the technologies and platforms already in place that offer sustainability and cost benefits beyond solving the problems associated with Covi-19, » said Marc Rochet, President of Air Caraïbes and French Bee yesterday at the Zoom Travel Enterprise Conference. He also predicted a logical drop in air fares given the fall in the price of a barrel of oil and the increased competition between players « who are all fighting for their survival ».

Due to a strong demand for bookings to/from NICE on Lot Polish Airlines flights, the company has introduced a high-capacity aircraft on certain days this summer. The Nice – Warsaw flight will be operated by a Boeing 787 Dreamliner, normally intended for long-haul flights, with 18 business class seats, 21 Premium Economy seats, 213 economy class seats.
The dates concerned by the Dreamliner to Nice are from 24 July to 16 August and from 21 August to 30 August on Fridays and Sundays.

Twin Jet replaces Air France-HOP! on the Metz-Nancy/Lyon route. It will still be possible to fly to Lyon in 2020 from Metz-Nancy airport. Twin Jet will take over from Air France-Hop! from 14 September 2020. To support the economic activity of the Region and reinforce the actions of the President of the airport, Mrs Torloting, the company has announced the resumption of flights from Monday 14 September 2020.

Ajaccio, Figari, Hammamet, ASL Airlines France announces the launch of three new routes: From 1 August and until 5 September, during the peak tourist period, ASL Airlines France will operate two weekly air routes between Paris and Ajaccio and between Paris and Figari. In addition to its offer of flights between Paris-CDG and Djerba which has been in place since 1 July and until 2 September, ASL Airlines France is launching a series of flights to Hammamet from Paris-CDG, at the rate of two flights per week, from 30 July to 3 September. The schedules of these flights, positioned on Saturdays, enable passengers to take full advantage of a week-long stay on the Isle of Beauty.

This closes the capital partnership established in 2017 between the two companies and materializes concretely by an exchange of shares: Air Austral exchanging CNAPS shares for Air Austral shares in Air Madagascar and this, without any financial impact for both parties. Following the signature, the 3 directors appointed by Air Austral submitted their resignation allowing a re-composition of the Board of Directors of Air Madagascar.
In a global health and economic context that is leading everyone to rethink their fundamentals, the new ambitions of the Malagasy government, wishing to take back in hand the destiny of its national airline, led Air Austral to consider that its total exit was the most reasonable option.

Qatar Executive has just announced the arrival of the Diamond Agreement programme, which allows travellers to pre-book flight times at a fixed hourly rate. This will allow them to travel on exceptional long and very long range private jets. Diamond Agreement precisely adapts to the needs and requirements of each customer, offering them a unique flying experience.
The program guarantees excellent service on board Qatar Executive’s state-of-the-art fleet of private jets. To join Diamond Agreement, travellers simply purchase a minimum of 50 flight hours, with no membership fee. Fixed hourly and all-inclusive rates cover both flight hours and taxi time.

Having continued some of its operations throughout this period from the onset of the Covid-19 crisis that began in South Korea a month before Europe, Korean Air is one of the only Asian airlines to have flown continuously. Even though it temporarily reduced its network from 12 to 2 destinations between Korea and Europe, the direct Paris-Seoul flight was maintained at the height of the pandemic and the confinement in France.

Cathay Pacific has set a goal to reduce its use of single-use plastic (PUU) by 50 per cent by the end of 2022, removing nearly 200 million pieces of PUU from its operations each year. By 2019, more than 32 million PUU parts have been removed from the company’s operations. Cathay Pacific continues to explore closed-loop opportunities and alternative materials to replace even more single-use plastic items. 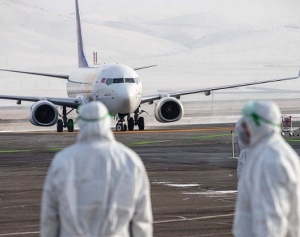