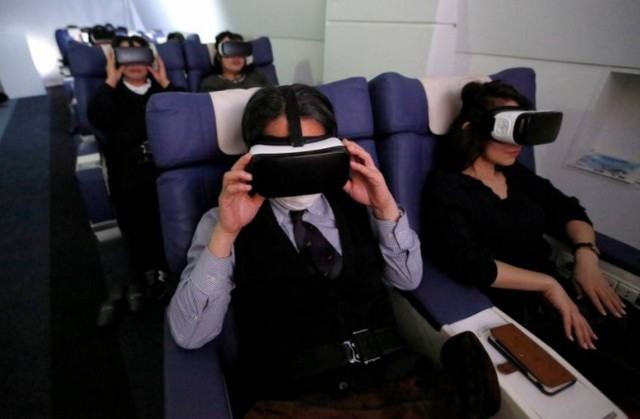 It had to happen. Japanese people are never short of ideas. First Airlines was created to never fly. .

First Airlines has been operational since 2016. This virtual airline « flies » to some of the world’s most popular destinations, including Hawaii, New York, Paris and Rome. 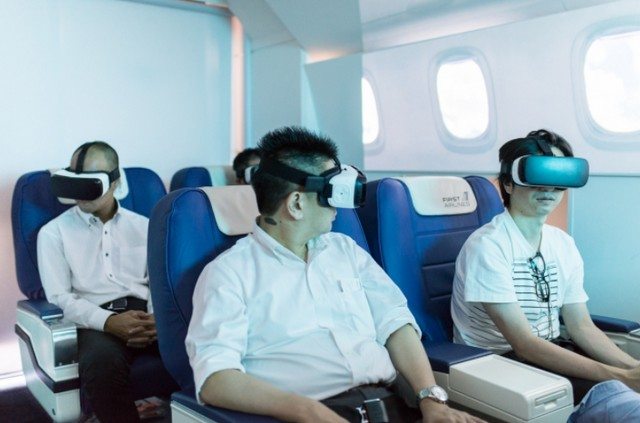 Each ticket costs 6,600 yen (about 50 euros). Passengers need not worry about passports or visas.

When passengers arrive in the First Airlines departure hall, they must check in and obtain their boarding pass before they can approach the door. The location is located in the Ikebukuro district of Tokyo.

All passengers are VIP.

Since all First Airlines seats are first class, passengers are offered preferential boarding. They can bring hand luggage on board the cabin. Once they are seated, they receive a safety briefing before wearing virtual reality glasses.

The flight attendants are courteous, multilingual and impeccably dressed. Once the flight takes off, passengers enjoy a gourmet meal and drinks. 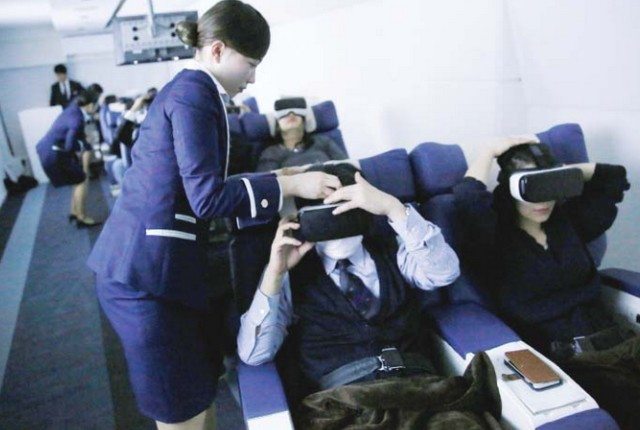 Older or disabled clients? not only/strong>>

Most flights are regularly full. Passengers are mainly elderly Japanese, whose age or disability prevents them from experiencing the traditional experience of international travel.

But, according to the company, younger customers are tempted by experience. They are often overworked executives who do not have time to travel and want to relax. 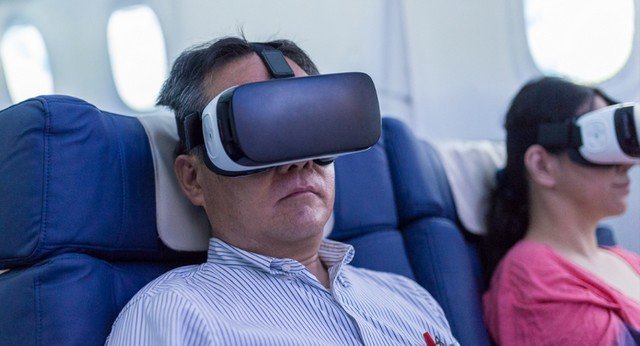 Virtual reality is not new in tourism

For the moment, virtual tourism is in its infancy, with the visit of hotels or holiday villages in virtual reality. It’s a start, but the future holds more sophisticated experiences.

Since last December, the Jardin des Plantes Museum has installed a virtual reality cabinet on the third floor of the Grande Galerie de l’ Evolution. Visitors equipped with an HTC helmet can explore the complex galaxy of the « living tree » and trace the genealogy of more than 450 species, 3.5 billion years ago.

Air France has begun testing what it calls an « immersive entertainment system » with the use of virtual reality helmets that passengers can wear to watch 3D and 2D movies or TV series. The virtual reality helmet is the result of the partnership between the French carrier and SkyLights, a Franco-American start-up.

At the end of the trial period, this new system could be deployed on other flights in the coming months, according to Air France.
Many other initiatives have been launched, but the quality of the images is now impressive. 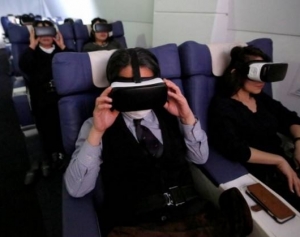