In Cuba, chineses snap out of it 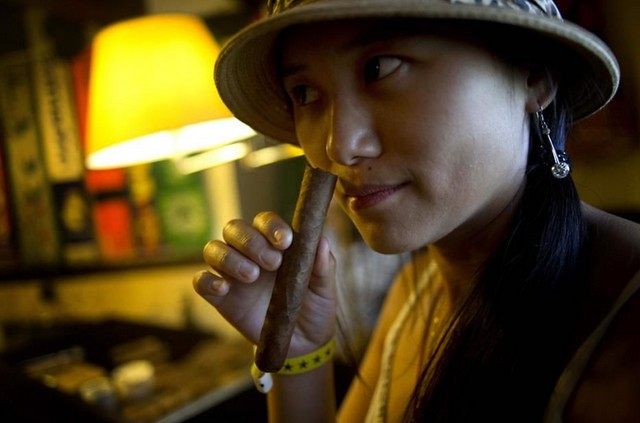 While picking, one by one, the big green leaves of tobacco plants, the Cuban peasants know that they touch gold: the Havanas, these luxury cigars that make the fame of the island, have just lived a record year. .

In the quiet of the sunny morning, only the squeaks of the loose leaves can be heard, which will soon give birth to the best cigars in the world.

And China is eagerly awaiting them: now the third largest consumer of Havana, behind the historic France and Spain, it has increased its purchases by 24% in 2017.

Thanks to the appetite of the Asian giant, global cigar sales rose by 12% to $500 million per sector, surpassing the growth of the luxury market by 5% according to Bain and Company.

« China has a demand that we have to meet and we can count on double-digit growth in the coming years, »said José Maria Lopez Inchaurbe, vice-president of Habanos S. A., at the opening of this week’s Havana Festival in the Cuban capital.

Behind this luxury product, sold in wooden boxes guaranteeing the necessary humidity and whose price sometimes exceeds a million dollars in auctions, hides the work of simple farmers, who carry out the harvest at the beginning of the year.

« This year is not bad, but it’s not the best year either. Last year it rained and not this time, so the tobacco doesn’t cool down, »explains Lazaro Lazo, 48, who has been harvesting tobacco for 20 years. « Rain is the medicine of the plant« .

Fernando Hernandez promises it: here, we produce « the best tobacco in the world. Because of the ground. For tobacco, the coloured earth of Pinar del Rio, it is the best of all« .

But he is frustrated by the American embargo imposed since 1962. « Without it, we’d be producing more, »he says.

Habanos S. A., owned by the Cuban state and the Spanish group Altadis (a subsidiary of the British company Imperial Tobacco), exports cigars to most of the world, but there is no question of entering the United States.

What irritates the Cubans, who do not forget that in 1962, the American president John F. Kennedy had ordered his adviser to buy him 1,000 cigars. Immediately after receiving them in his office, he signed the embargo law.

« The day this embargo is lifted we will know what to do to supply the North American market, » says Leopoldo Cintra, vice president of sales at Habanos S. A.

Europe currently accounts for 54% of exports, followed by Latin America (17%) and the Asia-Pacific region (15%).

A sign of the changing times at the Havana Festival, the Chinese have set up a stand where they offer accessories for smokers, with the catchy slogan: »Cigar is to man what perfume is to woman« .

In order to conquer new markets, »we have had the Havana Academy for several years, and in 2016 alone we trained 11,000 (new) consumers in the world« , says José Maria Lopez, vice president in charge of development of Habanos S. A..

In the fields of Pinar del Rio, once the harvest is over, tobacco is transported to a rustic hut where women catch the leaves by the stem, plant a needle and thread before drying them on bits of wood. Later, the cigar rollers will finish the job.

Cigars give work to nearly 130,000 Cubans on an island of about 11 million inhabitants. Alberto Pruna, 69, started at the age of nine. « Yes, we are well paid, »he asserts, because « before (the Fidel Castro revolution, ndlr.), we worked almost free« . 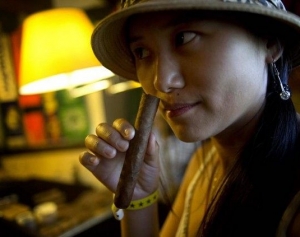