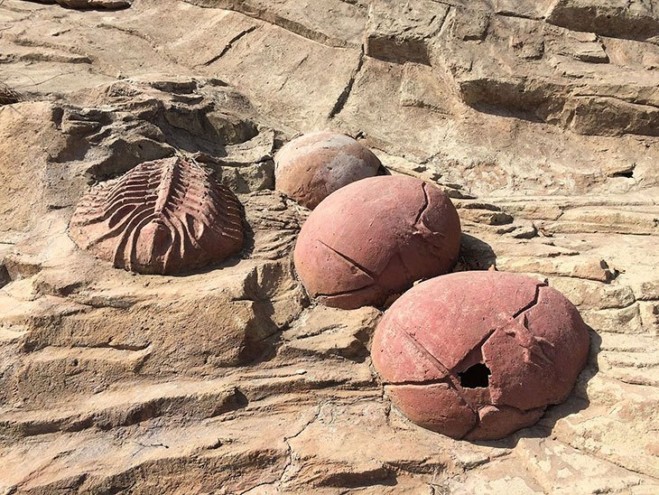 Within the Sainte-Victoire nature reserve, paleontologists have just discovered the largest deposit of dinosaur eggs in the world.
Since 1930, Sainte-Victoire has been an exceptional site for dinosaur fossil excavations. 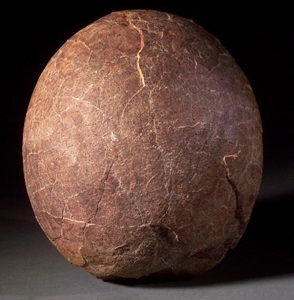 In the 1950s, after the war, scientific research was conducted by the Natural History Museum of Aix-en-Provence in France in this area.
About fifteen deposits of dinosaur eggs were discovered at this time, enough to attract researchers from all over the world.Since 2015, Thierry Tortosa, paleontologist specialist of the dinosaurs of Provence, is the conservative of the natural reserve of Sainte-Victoire. This year, with his team, he unearthed the largest dinosaur egg deposit, covering an area of 90 square metres.The hundreds of eggs discovered are the result of 74 million years of egg laying.
Paleontologists therefore take precautions to scrape precious fossils with oyster knives and dry points.The researchers’ wish is to find an egg with an embryo, « but most of the eggs found here are hatched, » explains paleontologist Thierry Tortosa. « Microscope analysis of shells prepared in thin slides makes it possible to distinguish several species – we speak of oo-species because as long as we have not found an embryo inside, we do not know who lays what. Ideally, every egg should be analyzed, and it costs a lot of money, » he says. 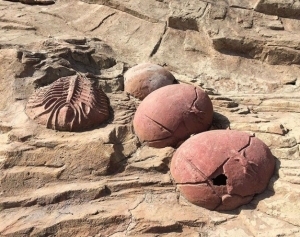